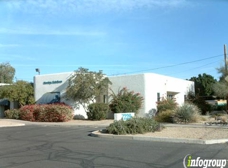 I went to live at one of their properties. I placed a deposit on a particular unit and told them that I wouldn't be moving in for another month. Giving them plenty of time to fix up the apartment for my family. When it came to sign my lease we signed them on the front reception desk. NEVER RECEIVED COPIES OF MY LEASE AGREEMENT! They stated someone needed to sign them that was out of town and they would come by later at night the following week to drop them off. I asked where my mailbox's were located and they responded with I am not sure. When it came time to move in, we noticed the front window was scotch taped on in a broken place. As well as the back door doesn't shut. Dead roaches in every corner and closet. I asked them to exterminate and fix the problems before I moved in my stuff. I gave them two weeks to finish up the issues. I proceeded to move my stuff in when I told them I would. NOTHING WAS FIXED!!!!! I made mention of this and they said that the maitenience man must be busy and that they will be sure to let him know.