Pennsylvania Center for Dental Excellence:Dr. Leonard Tau has not yet specified any specialties.

Here at Pennsylvania Center for Dental Excellence we offer our customers an array of services including Porcelain Veneers, Invisalign, Cosmetic Dentist, Implant Restorations, and Dentists in the Philadelphia PAÂ Â 19116 area.

Between Byberry Road and Leo Mall 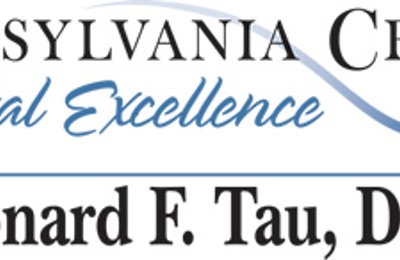 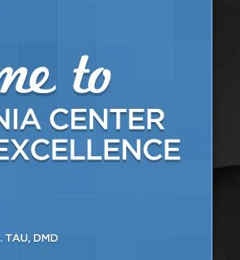 Huge fan of the Pennsylvania Center for Dental Excellence. Dr. Len and his team of wonderful woman ensure you are comfortable and happy with the treatment. Technology, comfortable, painless, convenient are just few of the things I think of when I think of his office. They get the highest recommendation from me.

Dr. Tau and he team are truly at the top of their game. Today I went in for a filling and it was the most pain-free experience ever. The procedure was quick an efficient which is important to me given how busy I am. Everyone in the office does a great job explaining each step in the dental procedure and why they are doing it. The entire staff is always friendly and accommodating and the office makes effective use of the latest technology. For example they send you emails and text messages to remind you of appointments. If you are looking for a new dentist, I suggest you give Dr. Tau at the Pennsylvania Center for Dental Excellence a look!

Love this office. I am not scared of the dentist any more thanks to them. From their excellent customer service philosophies through extensive dental procedures, Dr. Leonard Tau and the Pennsylvania Center for Dental Excellence has shown excellence as dental professionals and attention to details and customer satisfaction from the greeting by Barbara at the reception desk and her driving me to the train to make sure I could get home on time. Alex, Michele, and Roxanne are wonderful as well. Dr. Tau has assembled a great team and should be applauded for changing the dental culture. I recommend them without reservation to everyone.

Great experience. Dr. Tau is by far the best dentist I have ever been to. He takes the time to explain everything to me. He is kind, considerate and makes the money process very easy. He has flexible payment options available and is always available to his patients via email, phone text or even Facebook. I highly recommend Dr. Tau and his team for all your dental needs. He is no money hungry either. Give them a call you will be happy you did.

Love Dr. Tau and team, painless dentistry at its finest. Makes what could be a difficult experience and enjoyable one.

I called into the office saying Im going to be 20 min. late to my appointment because I was in traffic. The receptionist made me feel irresponsible telling me the hygienist won t have time to do my cleaning! She told me the hygienist won t do my whole cleaning because she has LUNCH at 12 for an hour! It was my first apt so I had made apt for exam, X-ray and cleaning. I wanted to reschedule than but she told me I can t because I bought a Groupon and I can t be rescheduled. Just that experience put a bad taste in my mouth I still drove and cam in 10 min late I filled the paperwork and went inside to the room downstairs. The tv wasn t on the music was only playing, she took x-rays and than started scraping my teeth which now they hurt. They didn t hurt before! Than the doctor came in told me the filing cost about $150-255 because I don t have insurance. I will to go here again just because of the rude receptionist, and I didn t feel comfortable there.

The best dentist in Philadelphia. Painless dental care at its finest. They provide a comfortable enjoyable dental experience that makes you actually want to return to the dentist. Dr. Tau and his team run a great operation. Keep up the good work