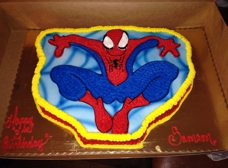 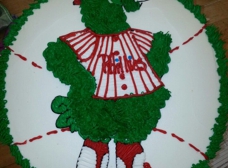 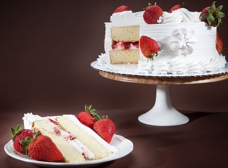 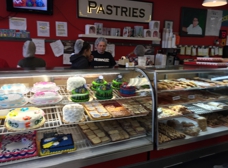 I want to Thank Oteri's Bakery for a Job well done. My Wife 50th Birthday Cake was not only Beautiful, it was also Delicious. The cake was made on Saturday 6-25-16. Four Days later it's still as Fresh as it was when We first cut it... I would not only recommend Oteri's Bakery... I stand by their product... Trust (ME) you won't be disappointed...

I highly recommend this bakery

I love how they decorate cakes I had never seen such beautiful cakes as they do, my son love love love his birthday cake

Best connolis. I will never travel to south philly and over pay for them anymore. A friend bought them into work and everyone raved about them. I went to their store on Fairdale Rd. I loved the Italian rum cake slice and the cheese cake pop was great. I visit once a week and buy something different everytime. I've always been pleased. I bought my son a birthday cake recently loved the design and was the best pound cake I ever had. I tell everyone about them. Oteri's keed up the good work.

My wedding cake was absolutely delicious. I went to 3 other bakeries and they wanted about 200 dollars more for the same cake. I thought Oteris cake tasted the best and was very happy with the decorations. I recently ordered a baby shower cake and was thrilled with that also. I also think they have the best connolis. I pay double for them in South Philly but I will go to Oteri's now.

I was told by the manager that they could replicate the picture of a wedding cake if I bought in the picture and the supplies, and I did. With tears streaming down my face on my wedding day, I didn't recognize my wedding cake because it was not what I ordered. After the initial shock and days later I contacted the bakery and spoke to the manager. The manager was unsympathetic, and after he realized that they (oteri's), did not put the items I purchased on the cake and did not follow the design of the picture, he stated that somene would call me back. After waiting several days I received no call and decided to go down to the bakery. Upon my arrival to the bakery and tears in my eyes, I spoke to a worker who offered me a fifty dollar credit to Oteri's due to their mistake. Now I ask you, would you want anything from a bakery that ruined your wedding cake?

I know they have the best cakes in Philly. I've been a long term customer and anytime I mention this bakery to someone they already know and go to Oteris. The cakes are really nice and always taste great. I always see the owner in the store and she is always nice to all her customers. She doesn't know me but she always says hello and ofter gives me a sample taste of something in the store. The gelato is great. Keep up the good work Oteris.

Try ordering a TIRAMISU. then look at ALL Tiramisu pictures posted on the internet and compare. The picture I posted was Oteris version of a TIRAMISU. This tells me either Oteris bakers are ignorant in regards to ITALIAN PASTRIES, or Oteris is ripping people off. When are the pastry critics going to review the TIRAMISUs and when are they going to discredit this bakery from all those awards they did not deserve. Watch how they will try to remove this negative feedback.

Their cakes are beautiful and delicious. It is quite busy but worth the wait. I have been shopping there for 22 years and the quality of the cakes has never changed. Keep up the good work.

Have more time to enjoy the moment by letting us provide that special unique cake for your next birthday.

General Info
Oteri's Bakery has been family owned since 1904! Over a century of providing the best in quality baked goods to Philadelphia! During these years we've had the pleasure of servicing multiple generations of weddings... and look to provide the needs of the next generation! Specialties Oteris Italian Bakery specializes in creating custom designed cakes and trays for any occasion. We create ice-cream cakes, cakes with exotic flavors and fillings, and wedding cakes with multiple tiers and layers. We arrange party trays with delicious assortments of cookies and pastries. Our computerized photo cakes have become quite popular! Bring in a photo and watch us work our magic. For those who wait until the last minute, we stock a delicious variety of birthday cakes, dash in, and well set you up in no time! 3 LOCATIONS 4919 N 5th St Phila., Pa 215-457-4958 6323 Woodland Ave Phila, Pa 215-724-0793 4023 Fairdale Rd Phila Pa 215-637-1330
Email
Email Business
BBB Rating
A+
BBB Rating and Accreditation information may be delayed up to a week.
Logo