Get the quality pipes, valves and fittings, waterworks, heating and cooling equipment, parts and supplies you need, when you need them.

General Info
For more than 60 years, Ferguson has earned a strong reputation among contractors, builders and plumbers across the country. We are the largest distributor of residential and commercial plumbing supplies and PVF in the U.S., and a major supplier of HVAC, waterworks and industrial products and services. Ferguson understands the challenges that contractors face. Our knowledgeable people, on-time delivery and commitment to our customers are just a few of the capabilities that set us apart, and keep you on schedule. Whether your project consists of construction on a commercial building, institutional facility or repair and remodel, we offer quick access to product. We don't just take orders. Our expertise allows us to evaluate your specific project or job to ensure that you always get: The right product for your application; The industry's highest fill rates on stock items; Short lead times on non-stock products; Access to hard to find products based on our buying power and sourcing expertise; On-time delivery to keep your project on track. With 1,400 locations nationwide, contractors always have access to our vast distribution network. Depending on the size and scope of your project, we will even bring Ferguson to you with our onsite trailer stocked with the products you need to get the job done. We carry all the best and most-recognized brands, cutting edge technology & inventory management solutions, and much more. To find a Ferguson location near you, visit www.ferguson.com/locations-finder.
Hours
Regular Hours
Services/Products
Although Ferguson is recognized in the industry as a leading distributor of plumbing supplies and pipes, valves, and fittings (PVF), and one of the leading distributors of heating and cooling equipment (HVAC), the company is also focused on a number of specialty businesses - all grounded in a strong tradition of providing the highest quality service to customers. From supplying to the global nuclear power industry to providing the highest quality fire-protection products to providing geosynthetic products to the mining industry, Ferguson has your needs covered. Through their Special Services diversification, Ferguson can also provide total solutions for high density polyethylene (HDPE) projects, as well as assembly and testing of new valves and in-house repair through their process services. Ferguson is dedicated to growing their business by offering products and services to help you reach your goals Distributor of: Distributor of plumbing supplies, pipe, valves and fittings (PVF); Heating and cooling equipment (HVAC/R); Waterworks; Mechanical and industrial; Fireplaces and appliances; Kitchen, bath and lighting; Tools and safety equipment; Fire protection products
Brands
PROFLO; Mirabelle; RAPTOR; FNW Valve; PROSELECT; Monogram Brass
Payment method
visa, amex, master card
Location
Serving your local area.
Neighborhoods
South Philadelphia, Graduate Hospital
Languages
English, Spanish
Accreditation 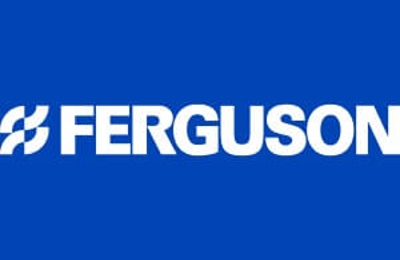 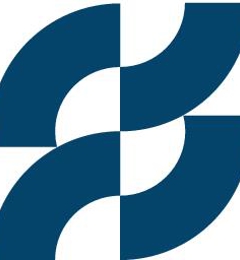 love the worker there very good service
they make you feel like family.
and the manager know people by they name super cool..

DO NOT TAKE YOUR CAR TO THESE PEOPLE! I should have checked the BBB about them first, because they have an "F" rating. I took my car to them for a clutch repair. They lied to me about what kind of parts they were going to use (factory recommended vs some other brand). They called me after a few days to tell me the car was ready. I had already paid them $1100 for the repair. I went to pick it up and it was as broken as it had been when I dropped it off. I left it there again, and believe it or not, this happened TWO MORE TIMES. They called me, telling me it was fixed, and when I got there the car wouldn't even go into reverse. I mean, don't they test drive after repairs??? So after a few WEEKS of this, they finally said it was ready and the clutch was indeed functional. However, they had ripped off the boot around the clutch inside the car and left it loose so that it was not sealed and let in a lot of road noise. I brought this to their attention, and they went out to the car and tried to rig it - which didn't work. They told me to call the next week and make an appointment to have it fixed. When I took it back it ended up being there for a whole week more, as they tried to find a part that was "hard to find". In the end, they rigged it again by bolting it down. I could have complained more because they hadn't properly fixed what they had broken, but to tell you the truth the noise was minimized and I just wanted my car back, Luckily, my boyfriend had a car I could use through all this. If I had needed to get a rental or take public transportation, I would have been really inconvenienced for almost a month! On my many visits to their shop, I ran into other unsatisfied customers. These guys are not qualified to work on your car. STAY AWAY!!