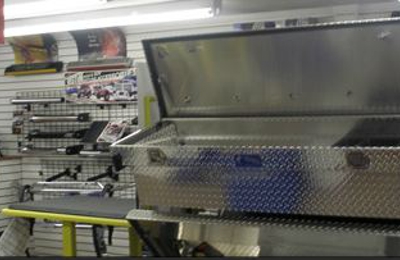 I have worked with Pat for years on all of my vehicles, he is always great to work with and goes above and beyond. The work has always been amazing.

I have taken three trucks to Pat get windows tinted. Pat is a master at tinting and very knowlegable about the tints and differnt types of glass. He tinted my truck, my sons tahoe and my whole truck including camper shell. I highly recomend B&H for your tinting needs. These guys are the best!!!!

DO NOT USE B & H CUSTOMS, I was price shopping for a bed liner and a toolbox for my personal truck. The rep who answered was very rude and even declined our business once questioned about his prices (they are 31% higher out of 11 quotes received). Evidently, customer service and competitive pricing is not a priority. The owner Pat never returned our call when asked about his employees attitude towards customers.

I had my new car windows tinted at B&H and I highly regret ever going to them. They were a little less expensive than my normal place, and there was a reason for that. After they tinted for the first time, there were several bubbles on all the windows. I took it back to have it redone which they did and the back window was done so poorly they had to remove all of the tint to redo it. Now, there are still bubbles on the windows and my bottom defrost line is missing a section. I talked to the owner Pat and he indicated there was no way he could have done the damage. Considering this was a car I had for less than a week, I knew what issues my car had before taking it there. Paul would not own up to the damage and of course I can't proof it wasn't like that before taking it as I didn't take pictures of my windows. I also said there are still bubbles in the windows and Pat replied "they will eventually go away". Mind you it had been over a month and once the tint seals, the bubbles won't eventually go away. So now my defrost line is ruined and I still have bubbles. IF you ever go to this place, make sure to take pictures of your car in order to prove any damage that is caused and also good luck obtaining a good window tint from them.

I have worked with Pat at B&H for many years. What keeps me coming back is the service. These guys are always fair and don't try to sell me stuff I don't need. If you need a brush guard, running boards or other truck accessories, do yourself a favor and stop in.