General Info
Welcome home to Jasmine Creek Apartments, conveniently located in the heart of beautiful Pensacola, Florida, with all of the on-site amenities you desire. Our pet-friendly community is just minutes from the University of West Florida and Pensacola State College, all of the dining and entertainment options of downtown, as well as our white sand gulf beaches. Many of our renovated one-, two- and three-bedroom apartment homes feature new wood vinyl floors, black appliances, new cabinets and modernized kitchens. Cozy wood-burning fireplaces, screened-in patios, huge closets and extra storage are just a handful of additional features available in our unique apartments. With a resort-style pool, new Matrix fitness center, sand volleyball court and clothes care center set among a tranquil neighborhood, Jasmine Creek Apartments is the perfect place to call home. With our paperless ResidentPortal, you can easily sign your lease, pay rent balances and even request service orders online!
BBB Rating
A+
BBB Rating and Accreditation information may be delayed up to a week.
Extra Phones 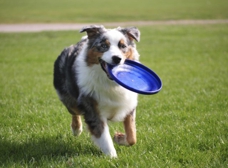 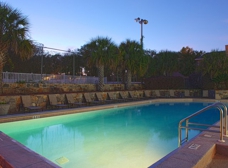 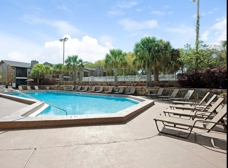 Ok - I cannot stress to you enough how bad this place is. My entire experience was horrible living here yet I had no options to get out. While Tonya comes off as a nice person to your face - she cannot wait to rip open your pocket book.

She screwed me over, royally. Let my roommate sign a new lease with someone else without informing me - then telling me i'm responsible for the rent in the two bedroom, she could move me into a one bedroom (still 2x what I was paying before) - if I left, she'd report me to the credit bureau. Even though I couldn't afford a two bedroom or one bedroom by myself (which I informed her of). Made me sign an agreement to let my roommate leave even though she had already done so.

Also here's a list of all the things that broke while I was there:

The A/C broke during the middle of summer and my apartment got up to 97 degrees. It took them 2 WEEKS to fix it. I had to move me and my cat out because he had a heat stroke.

Something crazy happened in the pipes in the ceiling and my apartment got COMPLETELY flooded. It caused water damage in the walls and on the ceilings - all of which they never fixed while I was there. It took them a week to call a guy to come suck up all the water out of the carpet. And I'm convinced because it sat so long that there was mold, as well.

The bath tub fell apart and they never fixed it.

They came and fixed the garbage disposal that was broken when I moved in, 2 WEEKS before I moved out. 2 WEEKS. I was there for 11 months and a week and a half.

There were burns in the carpet and tears around the corners where the cement was revealed. They never fixed this.