General Info
Affordable Quality Plumbing has over 30 years of experience serving homes and businesses throughout Pearland, Houston, and the surrounding areas. Whether you need a leak repair or new piping installed, we are prepared to handle all your plumbing needs. Call us today to schedule service.
BBB Rating
A+
BBB Rating and Accreditation information may be delayed up to a week.
Hours
Regular Hours
Services/Products
Payment method
discover, all major credit cards, amex, master card, visa
Other Link 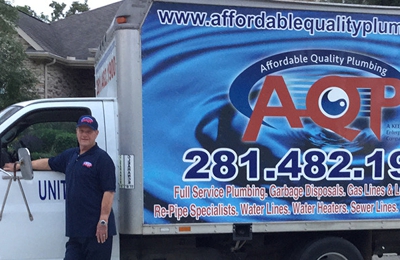 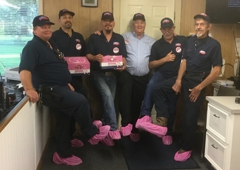 So far my experience is terrible. I called on a Saturday and an appointment was made for the following Friday. They called me on Monday, but I was not able to return their call until Thursday, the day before the appointment. They did not recognize me. Even the man that called me on Monday, whose name and voice I still have on my cell phone, said the he never called me and that my information was nowhere in the system. I'm waiting to see if they try and make this right, but so far, I do not have my fingers crossed.
Update: They will not honor their appointment. It turns out that the person who answers the phone on Saturday is just an answering service and that any appointments made at that time must be re-confirmed the following week. As I did not call back until the day before my appointment, the appointment was canceled and all of my information was purged from their system. AVOID

Good work!
Communication from the plumber to the customer needs improvement.
The owner, Kieth was helpful and fair resolving issue.
Yes, would recommend AQP to others.

I had Affordable Quality Plumbing replace my leaking water heater. They did a fantastic job! The technicians were professional and courteous and even wore shoe covers while in my home. I couldn't be happier with their service and level of professionalism. I spoke to the technician about remodeling my bathroom and he was happy to give me a written estimate and at a price that I liked. I will difinitely use them again.

Get bids even if you have to do without until you do. Know what you're paying for. AQP installed our tankless water heater, which recently failed. They got replacement parts under warranty and I paid the labor. The final bill, without a single detail to justify it, was half the original replacement costs, averaging more than $150 an hour for four hours. Buyer beware.

We needed to have two water heaters installed into the attic of our home. .