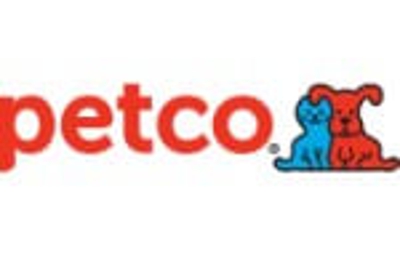 On Saturday night I had went to the store with two friends to purchase fish. When it came time to catching my rainbow shark the worker spent 10 minutes trying to catch one, stressing the fish out by frantically chasing them with a net. The sales associate (Joseph) eventually pinned the fish in the corner with the net and rolled the fish up the side of the wall with the net. My friends and I spent roughly $30 on fish for each of our tanks that night. When I arrived home my rainbow shark looked very unhealthy in the bag. The other fish I had purchased looked healthy and alive. When I finally finished acclimating them to the tank and took the rainbow shark out, he immediately floated to the bottom of the tank, which is uncommon for this type of fish as they are quite active. I watched the fish and he showed very no improvement. I woke up the next morning and the fish had deceased. I returned to the Petco the same morning and explained to them what happened. They were extremely rude and said that it my fault the fish died. Not only were the workers rude and disrespectful but they accused me of killing my fish, and refused to give me a refund or an even exchange. Even while walking out, leaving without anything, the workers hazed us. All I wanted was an even exchange for a $4 fish or store credit. I've had fish all of my life and never had a problem before until I went to this store.

Very good store.I will either go here or to petland discounts right down the road for my fish.The girls who work in the fish section are very knowledgeable and friendly.Been going here for about a year,and will attempt to get a job here when im 18(im 17now)

I began taking my dog to Petco for his haircuts about 2 years ago. The groomers give my dog a great cut, but unfortunately prices are just too expensive now. I have a Yorkie and they charge $60 for a typical cut...if you want your pets teeth brushed and ears cleaned, add an extra $16...$76 for a haircut for my dog?! I don't think so! I'm going to be looking elsewhere...but if you don't mind paying that much for your pets haircut...then I would highly recommend them. Too pricey for me.

They carry lots of supplies for tropical fish.

Good place to take care of all your petcare needs. You can buy food, bedding, houses, treats, clothing, etc for any type of pet. It has everything at reasonable prices and you can even bring your pet in with you. But be careful, if your dog is anything like ours, she might want to grab some treats off the shelves and help herself!