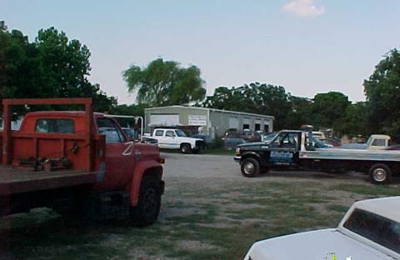 Our 2002 Nissan Altima began putting white smoke out the exhaust so we took it into TRM auto repair at 2929 Randolph, Pasadena, Texas. Todd the owner examined the car and told us the problem was broken valve guides and it would be about 2000$ to repair. True to his word 4 weeks and 1800$ later the repair was complete and the check engine light was off. Within a few miles we found the top of the radiator was cracked and had to be replaced. I feel this happened during repair as the top appeared to have cracked from the weight of something against it. Can’t prove it, but 110 for a new top and clean radiator, and that was fixed. Then at 150 miles from repairs we noticed the car was smoking again, this time dark smoke and using a quart of Oil for every 70 miles traveled. We took it back in and Todd kept it for 10 days to find the source of the problem. He then said he didn’t know what was wrong with it, and refused to make any further repairs. He also did not offer any refund for our useless previous repair. After taking it a few other places we found we could have replaced the motor for 3000$, something Todd didn’t mention. It also was pointed out that there may have been a problem with the way the Head was milled and this may be causing the oil usage. I feel it is unthinkable that a service center would not mention that for one third more we could get a new engine or offer to refund money on a repair that did not last 200 miles.

I've used TRM for nine years. Todd has worked on four different vehicles during this time, ranging from small repairs to engine and transmission replacements. He's always performed honest and realistic estimates followed by quality work completed very close to or ahead of estimated times.

Most recently, a large, reputable shop (close 30 minutes closer to home) quoted me $1300 to repair a rear axle problem despite only DRIVING the vehicle rather than inspecting the rear end. TRM opened it and examined before providing a quote, and fixed it for half the price.

In my opinion, the absolute best light-duty diesel shop in the Houston area. It's great to have an HONEST mechanic that is GOOD and can repair just about anything.

Todd and Kathleen Moyer are the owners of this top flight auto service. I have been doing business with them for over ten years and feel they are the most qualified and honest shop in this area. I take all my vehicles there for srevice and repair. In all the time they have done my work I have never had to take one back in for rework because it was done right the first time.

We called on Tuesday saying that my daughter was home for spring break and needed to have her car checked out for some various problems she was having. We made it very clear that she needed her car to go out-of-town on Friday.
After the receptionist talked to the owner we were promised that if we brought the car in that day (Tuesday) it would be seen that day and that we would be called and told what repairs were needed. Furthermore, we were promised that the car would be worked on the following day (Wednesday).
We never got a call and I called at near closing time on Wednesday. The owner told me that he had called and was put on hold ""forever"" and hung up.
I had my phone with me at all times and he never called my number which was put down as the first number to call. He did call the second number which was the number where my daughter was working during spring break and unbeknowns to him she was the one who answered the phone. She put him on hold so that she could go a quieter area to talk to him (no longer than one minute) and when she picked the phone again, he had hung-up.
He never called my number and I can only assume that he never would have inspite of the promises that we were made when we took the car in on Tuesday.
He was abrupt and rude on the phone telling me that the repairs would be a minimum of $1400 which included an a/c compressor.
We decided to pick the car up first thing on Thursday and he charged us $75.00 for checking the car out.
We took it to another mechanic who told us that we did not need an a/c compressor.