General Info
Our team of expert Tax Attorneys is dedicated to making sure the process of dealing with the IRS runs as smoothly as possible. We believe in building relationships with our clients and families by educating them and providing the best service possible. Our success is dependent on yours! Our Tax Attorneys are here to make sure we accurately resolve your case as quickly and efficiently as possible. Five Star Tax Resolution specializes in providing affordable solutions to businesses and individuals who find themselves in collections, being audited, or, levied by the IRS. We put our clients through an in-depth qualification process ensuring that the taxpayer is a legitimate and well-qualified candidate.
BBB Rating
A+
BBB Rating and Accreditation information may be delayed up to a week.
BBB Accredited businesses follow the BBB Code of Business Practices and pay a fee for accreditation review and monitoring. Accreditation is not a BBB endorsement or evaluation of the business’ product quality or competency in performing services. 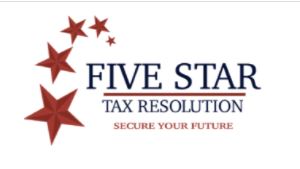 National Board of Trial Advocacy 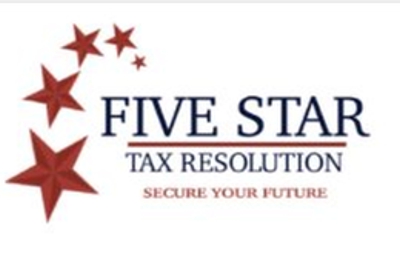 I have always went with five star for my tax questions,and tax returns.
Very friendly, and patient with my tax needs.
Thank you Five Star.

I was referred to Five Star Tax Resolution by a friend who had previously used their service. For the past 6 years I have been unsuccessfully trying to resolve an ongoing tax issue. My bank account and my federal taxes have been levied several times by my debt never went down. Trying to communicate with the irs has been a nightmare! Five Star Tax not managed to effectively communicate with the IRS, but they managed to have fees waved, amounts credited and the original amount reduced to almost nothing! Thank you Five Star!