Your Brighter, Whiter and Healthier Smile Is Only a Call Away! 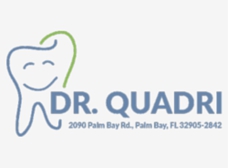 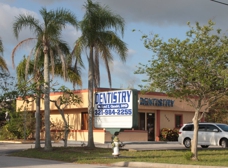 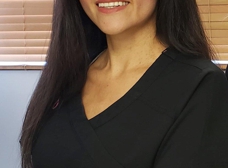 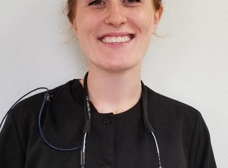 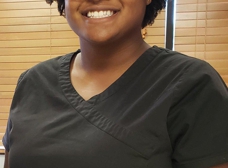 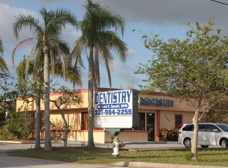 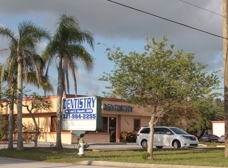 Excellent first time with Dr. Quadri and his staff. Walked in a hot nervous mess, walked out with an appointment to go back to start routine care. Your comfort and peace are their first priority! I have always been terrified of the dentist, I have never felt more comfortable with an office. I look forward to my future visits and have confidence that They will take great care of me.

My daughter has severe anxiety and had to have a full mouth extraction and dentures. The staff and Dr. were GREAT with putting her at ease to get this massive procedure done! They explained everything in detail before they did it and that made the process go very smoothly. They made her feel very comfortable and relaxed. They got the job done with minimal pain and anxiety. The pain subsided in a few days, and they started on the dentures. They took the time to get them perfect! No shortcuts, no rushing, no hassles! They turned out beautiful! They were very profession, caring, and the atmosphere is very soothing. I would highly recommend this practice for anyone who has a family member with special needs. Hands down they are the best in town!

I suffered from pretty severe dental phobia, which is why I chose Dr. Quadri for help. I have several cavities and needed a good cleaning. We're in the process of filling cavities, realizing some don't need filled because they're small and may do well with prescription toothpaste (AKA he doesn't drill just for the $$!!!) and he has all but cured my dental phobia with his calm demeanor and bedside manner. He listens. He works with you. He's genuinely concerned about your discomfort and concerns. And the staff is great, from the front desk to the hygienists.

After over 10 years, I highly recommend Dr Quadri. Always completely satisfied with his work. The best.

Four years ago I had a seven tooth bridge made by a dental office I’d been going to for fourteen years (a chain dental office). On Tuesday evening, May 26th, the entire seven tooth bridge fell out of my mouth. The teeth that were supposed to be holding it on had not decayed; they had disintegrated! It was too late to go to my dentist (which caused the mistake) or any other dentist. I left a message on my dentists’ machine informing them what had happened and that I would be in when they opened Wednesday morning. After a rough night of no sleep, Wednesday morning I went to the dentist only to hear them say that there was nothing they could do for me. They couldn’t even give me a temporary fix. They were rude and didn’t offer me any solutions or try to help me find anyone who could. I left there angry, feeling hopeless and in total panic. I called a few same-day dentists, but they all told me there was nothing they could do and/or I would have had to have anything going to their lab ready by 9 AM.

As my husband and I drove down the road, he recalled a dentist that fixed his bridge and he not only liked the work he did, but he also liked the doctor. So we drove to Dr.Syed Quadri’s office – 2090 Palm Bay Rd. NE in Palm Bay. His staff was very nice and took me in for a free consultation. Within a few minutes I was having x-rays and the doctor saw me. Dr.Quadri was very kind and compassionate seeing that these seven teeth were in the front of my mouth. He also said that he couldn’t fix the broken bridge or give me a new one due to issues in my mouth. He offered me implants, and told me that I would be able to walk out with temporary teeth that day. His staff was all so kind, the environment was clean and bright, which gave me a peace about allowing them to do the work. Dr. Quadri and his assistant Jackie both stayed by my side during the entire experience which took 5-½ hours.

The following morning, I received a call from Dr. Quadri’s office checking on how I was doing. This was a huge job done to my teeth and everything seems to be healing just fine. In a few months, once I am totally healed I will be receiving my permanent teeth!

Life’s tough moments can be handled so much better if people would just be pleasant and kind and take responsibility for their mistakes. That is what I found at Dr. Quadri’s office!