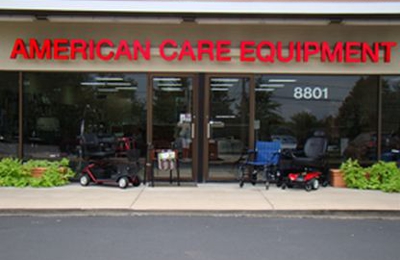 We purchased a motorized wheelchair they delivered it and showed us how to use the features and read the screen for any mechanical issues. They also have been out to the house the same day as when we call. They are a wonderful group!

I purchased a scooter from American Care. The staff was very friendly and helpful. I would recommend this place to anyone!

What kind people!....As well as helpful and knowlegeable! The products they recommended made a tremendous dfference. I can now spend an afternoon at the mall with my daughter without having to call it quits because of knee and foot pain. Thanks again!

When my father was put on oxygen and needed a lift chair American Care went above and beyond to get What he needed and deliver and set up before he even got home from the hospital. They have been to the house many times now and not only do they set dad up with What he needs so I am not constantly worried about him, but they also take the time to visit with him. . . And trust me to a little old man who has nothing more to do a little conversation goes a long way. Thanks American Care for not only truly caring but for making my dad look forward to your deliveries!

Our family's experience with this company was horrible. My 88 year old father purchased a used scooter, which Medicare probably would have paid for had he been told. He paid over $800 for this scooter. He used it less than 2 weeks, when he went into the hospital and died 6weeks later. We called this company to sell back the scooter, and they offered only $200, saying it was a case of &quot;supply and demand&quot;. Really? There was demand making it worth 800 in January, which dropped so much that it was only worth 200 in March? We all agreed we would rather donate the scooter to a charity than to let these people have it for that. We feel cheated.I would never do business with people who have such little apparent integrity.