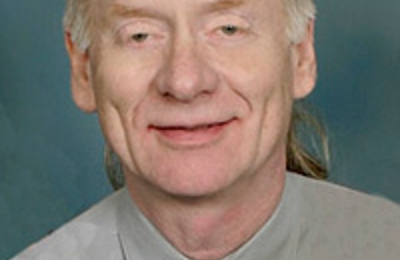 I work in the medical field, and after having been recommended by co-workers, I called to schedule an appointment as a new patient. I am also a military wife, and felt very comfortable knowing that Dr. Liepke is a high ranking officer just as my husband is. When I called the office, I was told that the office manager was the only one who could make new patient appointments. So I had to leave a message on the office manager's voicemail. I left all of my information, and was expecting a call back between 24 to 48 hours (as was stated on the voicemail). A week went by, and I still hadn't received a call back. With my co-workers urging, I called back and was finally able to speak to the office manager. I was then informed that they are no longer taking new patients. This should have been told to me the first day I called. I feel this is so unprofessional and not the way a medical practice should treat new patients when they call. I guess I won't be referring anybody to this practice, and I do hope Dr. Liepke is aware that this is how his practice is being run. I would be even more disappointed if a doctor who has received the rank of Luitenant Colonel feels that this is a correct way to run a medical practice.

I made the mistake of calling Port City Family Medicine to set my daughter up as a new patient as well as have her seen for the allergic reaction she was having on her eye due to a bug bite which was causing her eye to be swollen shut. I called the office and was informed by the scheduler that “only the office manager schedules new patient appts”, which with 17 years of medical office experience under my belt, this is the most obscured thing I have ever heard of. I explained the urgency of needing an appointment with the pediatrician as I left a message for the office manager who as I was told “just stepped out for a minute and would call me back immediately” and was honestly expecting a phone call back the same day, just as any other reputable medical office would and alas, I was called back 3 days later (guess that’s their idea of immediately) I believe it was, with the earliest appointment of September for a new patient. Mind you, it was JUNE 30th!!

I didn't even get past the phone call with the receptionist taking appointments before I realized I was not going to take my family here. No, thank you.

Called today for information about the practice. In order to transfer my daughter to their practice. The Office Manager was very short and continually corrected me only to finish the conversation by telling me that they are not accepting new patients.

No family values practiced in this outfit. Dr. recommended extra marital affair for husband with medical condition caused by spinal condition. It may work for you, but it should not be prescribed for your happily married patients!