Hours
Do you know the hours for this business?
Associations
ATA
AKA

West Of The Moon Inc 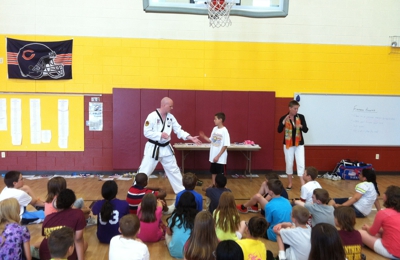 I've known Mr. Zorn for several years now through the Martial Arts. He's a great guy and a wonderful instructor. I value his friendship and leadership.

Initially I enrolled my son in West of the Moon (ATA Taekwondo program) thinking it was going to help him focus and teach him a higher level of respect. It certainly did that! What we didn't know is that in addition to that we also became apart of a larger and caring family. We all have a huge sense of pride being part of West of the Moon. What I also enjoy is getting to tournaments with other ATA schools from around the area and having the judges comment, &quot;we could tell you're from West of the Moon&quot; followed by the look of sincere amazement.

Without a doubt, the best martial arts program in the area. They offer a family tuition rate, making it extremely affordable for everyone in the family to take class together.