General Info
VisionMax provides everyday low prices on eyeglasses and contacts, with a wide variety of options to fit your personal style and vision needs. We offer eye exams to help you determine your prescription if you don't have one already. Our experienced optometrists are ready to help you. Visit today.
BBB Rating
A+
BBB Rating and Accreditation information may be delayed up to a week.
Message
Discount Eyecare Orlando 2 Standard... We offer discounts and deals on eye exams, eyeglass and contact prescriptions and on glasses and contacts.
Brands
acuvue, contact lenses, sunglasses
Payment method
insurance
Neighborhood
Lake Eola Heights
Other Link 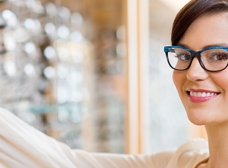 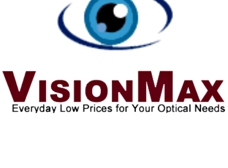 Really bad experience the transition lenses they offered is really cheap and has a narrow field of view but they don't let you know and it cost you about $100.00 xtra they also promise by certain date and don't deliver. But the owner offered to make me a pair for extra $60.00 if I wanted them sooner but I just got a call from them and was told that they made my glasses with the wrong lens and now if I wanted them I had to pay an extra 60.00 or that they will send them back to get the right lens on the one pair an I had to wait 10 days

Make a appointment be on time then sign in and wait about one hour they call your name sit you in a room filled with lots of other people who dont speak english kids running around people talking behind you while your getting you pre eye test . This is distracting while your being tested. Next you wait one hour and thats because they only have one eye doctor in house.

I didnt understand a word he said 23 45 better worst 45 86 better worst fast i cant remember which number was good or bad . Then you get to pick out your frames after you wait back in the sitting room for hour . They let you pick out what they say is the $179 special which there is no way i would ware them ever . So its a scam you pay $368 for one pair no deal . 8days you pick up your glasses sit down but the girl doesnt fit you she just hands your new glasses over .

No adjustments made doesnt ask if there ok .

my new glasses were crack on one lense and the other lense had a transistion gray circle permanently imbedded . So i gave them back which took 3 weeks to repair there screw up you think they would have fixed them fast like three or four days no 3 weeks . I will never go back ever . And when i called them each week no return calls a attitude is all i got from the latino gang .

After ging 4 12 yrs, Helena the receptionist was rude n obnoxious. She should go back tomcuba where she came from!! Was lied to, it's 2 wks still NO 4 prs glasses?? I notified BBB, immed nancy called me, said will mail tomorrow, NEVER did, lied to again!! Will take them to small claims court n find another optical company and NOT a MEAT MARKET hungry n hard up for $$$$. Treats customers like we r the PIGS. But they r!!

I will fight them to the end!!! They picked the wrong person to do this to.

The WORST experience when it comes to getting new glasses I’ve ever had!! First off, I went on a Saturday morning and the waiting room was full, the wait would be 2 hours, so I decided to make an appointment for Tuesday instead. When I arrived on Tuesday (an hour early by the way) I filled out all the paper work and sat and waited for my turn. While I was waiting some of the staff members were very unprofessional. I am Latina, and I was surprised that a couple of the staff members were continuously speaking out loud in a vulgar manner in Spanish in front of all the customers. I should have taken that as a sign to leave right there and then, but I had a coupon for a special on 2 frames and it included the eye exam as well. Before I got to see the doctor, they showed me which frames I could choose from and they had me pick out the 2 that I wanted. After that I was back to a second waiting area where I waited and waited and waited some more!! I was there for 3 hours, the store itself had already closed and there were people still there waiting. Keep in mind that I made an appointment to avoid waiting the 2 hours and I now ended up waiting more. By the time I got to see the doctor it was close to 7PM and there was still another test they had to run (eye dilation) that would take another half hour to complete, at this point I had to decline because I was done waiting for the day. They told me I could do the dilation on the day I pick up my glasses. When I went to check out, I had to unexpectedly dish out more cash on my order because the coupon doesn’t tell you that you have to pay extra for lenses to be thin. \nWELL there’s more! When I picked up my glasses I was not happy at all, not only did I have to dish out extra cash on my order but the extra service I paid $65 for- to make my lens thin so they fit flush into the frame- was disappointing and unacceptable! The lens stuck out from the frame just like the pair of glasses that did not get that service. To make matters worse when I let the representative know, she attempted very badly to charge me extra money for their mistake. She told me that the reason the lens came out the way they did was because the frames I chose was square (which they recommended me to get). They did not inform me that the square frames would be an issue if I got the lens thinned out. She would not fix the problem without me paying again for that service that I had already paid for nor would she give me a refund. After an hour of much deliberation, debating, frustration, and anger they finally agreed to redo the glasses without an additional fee. They now recommended me to get oval or circular frames so that I would not have this issue with the lens. \n Today I picked up the new glasses and guess what? The issue still remains, the lens still stick out of the frames a considerable amount even though it’s an oval frame this time. She had told me that this would not happen with these oval frames, in fact she guaranteed me and yet here we go again! So I let her know about it, and now the excuse she gave me is that my prescription is high so they will all look like that. I was not about to do this whole debating again because it is obvious that they are liars, so I just got up and left. This experience has been very frustrating; it seems like they just care about making money at all costs. I should have gone back to Target Optical where I never had an issue. I rather pay more money for better service and better quality of craftsmanship with lenses. I can’t believe Vision Max has good reviews online. I would not recommend it for anyone. And by the way I never got the eye dilation done! I apologize for such a long review but that’s the scope of my experience. \n

The service was honest and all the girls and receptionists very helpful, thank you.

Great customer service. We were surprises that Jose's glasses were here before Maria's even though she came two days before him. Anyways, great prices on glasses!

I love the fact that this facility is germ contious + very polite. I felt very comfortable and at easy with the Dr. + staff.

They managed to get them earlier than necessary because they knew that the patient were leaving early. I'm very thankful and grateful they managed this for us.

Heres where I will start. My wife and I came in with cupons for $79 for 2 pairs of glasses and an eye exam. Well, great deal right? Wrong, they ended up showing the glasses that came with the deal and they were ancient. So, they upcharged us to $99 each and still the glasses were terrible. Anyways, we decided to give it a try. Bad move. They did the exams and then dilated our eyes and after, they had us confirm the glasses that we had. Then while we cant see anything, they had us sign paperwork and charged us. It ended up being $278.00. When we tried to cancel, they made it impossible. I have my bank on it right now, and am looking into hiring an attorney for illegally having us sign papers ( Contract ) stating we cannot cancel while we were unable to read anything due to dilation of the eyes.\nDONT GO HERE, They are a shady business place that act all nice and sweet, but scam people left and right. Just read other reviews that are negative. They all say the same thing.

Dr. Tran is the best optometrist I have been to. I have trouble with the testing proceedure. He is the most patient and takes time with me. I always get a good result with no new perscription. I can’t say this about others who have checked my eyes, I recommend him frequently. 15 years and I come back to see Dr. Tran!

NEVER go to this place!! They overcharged me and my insurance co had to call them to get my credit card reimbursed. The glasses are the WORST I have ever had - the lenses don't fit the frames. My prescription was wrong and I had to go back for a re-exam. There are too many people and you are herded through like cattle.

You have my business from now on. I can really read with these glasses.

The people were friendly and polite, most spoke with an accent, but were not too difficult to understand

The staff, other than the woman ""in charge"", are delightful, knowledgeable

As for communication... I had no problem understanding anyone there. Everyone seemed polite and pleasant. The doctor was fantastic with working with my husband who is deaf. Although it was like buying a car... I felt the doctor was professional and staff friendly.

No doubt, the exams and products are less expensive than other places, thats why so many people go there