General Info
Visit your local Post Office™ at 10401 Post Office Blvd W! The U.S. Postal Service® (USPS®) is the only organization in the country to regularly deliver to every residential and business address. USPS is actively recruiting for many positions, including: mail and package delivery (city and rural); truck driving (delivery truck and tractor trailer); processing plant; and more opportunities to fit your needs. Learn more about USPS top jobs on our website.
Extra Phones 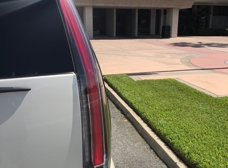 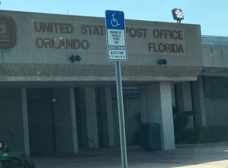 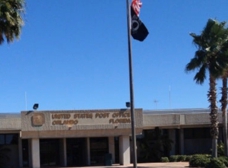 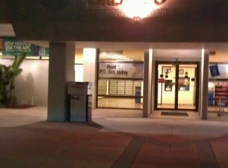 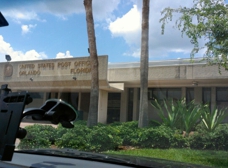 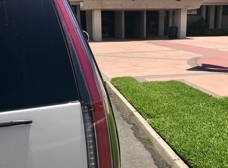 they just keep hung up the phone, so bad! I wish I can give 0 star

I think it is very crappy that the post office makes so much money and they think they are to good to answer the phone wow!!

I have a complaint concerning the mail carrier for the area of 32822-this person is VERY VERY VERY UNPROFESSIONAL AND VERY RUDE. I had to trace a package only to find that the mail carrier had NOT brought the certification slip to my do to have me sign it. To ad insult to injury when confronted about this error-He claimed that this was not his problem and that I should have been home... Well due to his blatant unprofessionalism-I refused to tell him that I had just gotten out of the hospital and I can NO LONGER WALK--EVER. So I take this time to inform you that the postoffice mail carrier for the area 32822 that worked on MARCH 2nd 2013 is a VERY UNPLEASENT AND VERY UNPROFESSIONAL person who not only is bitter but throws mail and should be invesigated for his actions and attitudes.

I have to say I am a very unhappy consumer.. in October I sent a gift to Italy to my boyfriend that was OK'D BY A POSTAL EMPLOYEE ON 2 AND I REPEAT 2 OCCASIONS.. I sent a titanium and diamond mens bracelet THAT WAS ALLOWED BY LAW ACCORDING TO 2 DIFFERENT POSTAL EMPLOYEES THEY STATED I JUST HAD TO PAY FOR THE INSURANCE ((WHICH I DID)) .... the package made it to Milan and there it stayed... Milan postal told my boyfriend it would be delivered to him within 10 days... 10 days later it was still in Milan I called the US Postal to follow up why .... WHY !!!! it had not been delivered.... the Mangement of the postal office called me back and stated Milan apologized ,, but they had LOST THE PACKAGE..I EXPLAINED WHAT HAD BEEN SENT... THEY TOLD ME TO FILL OUT THE PAPER WORK THEY WOULD SEND TO ME...AND THAT I SHOULD RECEIVE MY COVERED LOSSES BY MAIL.... ALL IN ALL FROM OCTOBER OF LAST YEAR TO... January 27, 2012. is when I received notice... of denial.... STATING THAT I HAD SENT SOMETHING THAT WAS NOT ALLOWED..... SOUNDS LIKE ANYTHING THEY CAN DO TO GET OUT OF REFUNDING MY LOSSES... AFTER I FOLLOWED PROCEDURES AND HAD IT OKD BY 2.... ONCE AGAIN ... 2 POSTAL EMPLOYEES TELLING ME THAT THE ITEM WAS FINE.... AND THAT ALL I HAD TO DO WAS PAY TO INSURE IT.... WHICH I DID....!!!Only certain types of jewelry are not allowed... which i checked at the Janaf Location in Norfolk VA..i told them what i was sending... both employees checked Italian regulations... AND BOTH STATED ALL OK.. IN FACT THE one woman who worked in passports stated that i could use if it fits it ships boxes...all i have to say... is all ARE LIARS... THEIVES... THE GOVERNMENTAL STEREOTYPICAL LIARS THAT THEY ARE !!! I have had many friends who have sent Jewelry to Italy insured... and never had a problem,,, I trusted the postal employees TO KNOW THEIR JOB... I EXPLAINED 2 TIMES... THAT IT WAS MY FIRST TIME SENDING OVERSEAS... AND WANTED TO MAKE SURE THAT ALL WAS COPASETIC!! Just to be lied and manipulated by a bunch of bereaucratic theives the lot of them !!!.... SO THEY WIN... BECAUSE I HAVE NO MORE ENERGY TO FIGHT THIS BUREAUCRACY.... SO THEY GOT MY 70$ FOR INSURANCE AND OTHER CHARGES PLUS THE STOLEN PROPERTY !!!! AND ALL WRAPPED UP IN PRETTY WORDS OF LIES !!!! THANKS US POSTAL AND MILAN POSTAL.... YOU SHOULD MARRY EACH OTHER... FOR THE THIEVES YOU ARE !!!!!!!!!!!!!!!!!!!!!!!!!!!

Our post office box was broken and the post office took it to fix it.Did not let the neighborhood know,I called the main USPS and they were nice and gave me a confirmation on the complaint and they will fix it asap.I call the local office to check

and that they don't know when they will have the problem fixed.

I feel that they should of let the nieghborhood know about the situation and to inform us to pick up our mail at their post office and not guess what is going on.

Respond to this Review

Read all reviews by lucyarce

1. The phone number for this office should be 407-850-6335 is for PassPorts and 407-850-6334 for other inquiries. The number you currently have listed is for the maintenance dept supervisor.

2. Also the address is 10401 Post Office Blvd. It was originally Tradeport but was changed when Tradeport was re-routed around the Fed Ex facility.

I would appreciate it if this could be changed as soon as possible. If you have any questions, please call the 407-850-6334 to verify.