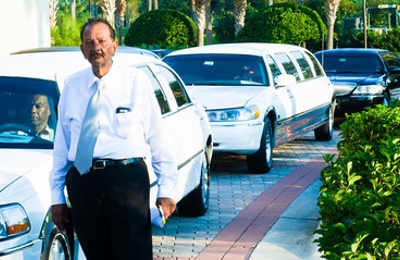 Often I have an early flight to catch and getting to the airpot that early I find stressful but with this Orlando airport limo service I’ve learnt to relax. They are impressively prompt and if it wasn’t for the team at Limo Car Inc I would seriously struggle. Their support means a world to me. Lovely service.

This Orlando limo rental was recommended to me by a friend of mine. I’ve been using Limo Car Inc over the last few months and have thoroughly enjoyed everything about their service. Their limos are spotless and travelling with Limo Car Inc gives me much needed relief. Definitely a keeper.

Great limo service. We used them about two or three times now and we have not yet been disappointed. We will continue to use their services in the future.

Awesome driver! Very professional but fun. We had a great time! We will be using your services again soon.

excellent service and ride. the driver was very professional and respectful.

thank you limocar orlando for such a great experience and wonderful memories.

Thank you LimoCar for taking my family and I on a joy ride when they came into town. They all really enjoyed it.

Thank you limocar for the awesome ride! The cars and buses are super cool!

This Limo Service is amazing and I would recommend this place to anyone. The driver was really friendly and nice.

I called them to see if they can help me to surprise my wife for our anniversary they said no problem.. My wife and I were really satisfied with the service the price was right and we enjoyed every moment and the driver was really nice..Thank you so much and I will be calling soon.

Don't ever use this guy. The limo he sent was wrong, then people in my party were drinking chamagne out of the glasses in the limo until I noticed they had lip stick still on them from the last party that must have been in the limo. He even put the napkins back in them to make the glasses look like they cleaned them. Two of the glasses were cracked, if some one would of used them you would of cut your lip. Then when we called him he got crazy with us as if it was our fault. He said he didn't care and he was not going to do anything about it. Then he charged my credit card an extra $100 over the agreed price. This guy is a scam. Now one of the girls in the party has some wierd sores on her lip and inside her mouth. He,s very nice up front and seems like a great guy until he gets

your credit card number. Now I have to fight the charges, I would not sign the credit card slip