The room rates listed are double occupancy per room unless otherwise stated and exclude tax recovery charges and service fees.

Florida Summer Pre-Sale. Save up to 20%! 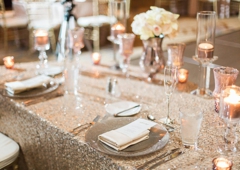 Beautiful Artsy hotel. Comfy bed, wonderful food, service is excellent! Sunday Jazz brunch is not to be missed for those that appreciate really good food!

It's a great hotel but if any of you are looking to save some $$ then book it at referer.us/8/GoodHotelDeals They usually have some pretty good deals on there!

My husband and I moved to Orlando from NYC recently. After living in NYC for 8 yrs, we?re willing and used to paying high prices for fine dining WHEN ITS WORTH IT. We went to the Easter Jazz Brunch/Buffet and were appalled at the $65 prix fixe considering the experience. We were first unimpressed when we realized we weren't actually seated in the restaurant. It was crowded, and they made a makeshift ""dining room"" in the bar/lounge (picture temporary tables/metal chairs with cushions).We sat for a good while with no greeting, no menus. Finally, we politely signaled a waiter--being first time customers we weren't sure if there was a menu/a-la-carte option in addition to the buffet, or about our beverage options. The omelet was good and the ham, shrimp and fruit was fresh. I'll give them that but isn't that expected at $65 a head? Other food and overall selection was average if that. The waffles were semi-cold, the syrup was some watery, cheap tasting liquid. NO attention to detail: cold bread, picked over offerings, melting butter tabs in a bowl. Mimosas were included, but cheap sparkling wine still doesn?t add up to $65. We peeked into the actual Boheme dining room. The tables/chairs/ambiance was obviously more upscale but doubtful it would've made our experience considering the food/service. The jazz was a piano player and female singer who made cheesy comments throughout her performance. Despite fine piano playing and vocal skills, we felt like we were in an episode of Saturday Night Live - the skit with the The Sweeney Sisters. After this, we won?t go back to even try dinner at Boheme. Maybe we're NYC restaurant snobs. After all, we?re comparing it to our NYC brunch experiences at the St. Regis, The Carlyle, The Plaza Athenee but we thought we had a right to compare considering the prices are equal. If we had to put a price on the food and experience, we wouldn't have balked if it was $30 even $40 a head, but $65! Come on, Boheme, you are no St. Regis--get real.

This hotel has spectacular service; however, the decor is a little dated. The gallery and bar are amazing, but skip the restaurant or room service because the food is not that spectacular.

We had the best time at this hotel! When they say they are always available to help you, they are! The room was beautiful and they catered to us, even at weird hours! I had the best time and it's so close to Church street, you can just walk there and back! FUN!

Great hotel: stylish, great service, beautiful rooms, convenient location. Love the bar and the restaurant. Great to have a hotel in town that isn't over-run with screaming kids and ill-mannered tourists.

I took my boyfriend here for his birthday. We are used to staying on the club level at the Ritz where drinks and nibbles are FREE all day. You can imagine my shock when I went to the clubhouse for a drink and was CHARGED money and the food was dryed out and never replenished. Why pay for a club level room if the only perk is being on the highest floor. Our total bill for one night and dinner approx. $800.

Since this Place is not on International drive, it probably loses out to many differnet hotels in Orlando. This hotel is one of the nicest Westin Properities available. It is centralized that you can get to the airport, the cape, and Disney in just a few short minutes. This hotel is for the upscale type of client, not wanting the mickey or goofy everywhere you look. Fine Resturant, Fine Pool, and a full service starbucks in the building, what fun. Only two blocks from Church Street.

Whenever I'm in Orlando on business, I stay at the Grand Bohemian. Located right in the middle of downtown, it's great to walk out of your hotel into an actual city and find a place for drinks or dinner, especially in FL. The rooms are huge, the beds are triple sheeted with thick bedding, truly a wonderful nights sleep, and the rooms are well appointed. Any friends I have going to Orlando always hear about this fantastic hotel. You will not be disappointed.

Stayed here twice. Great hotel, staff is very attentive, great art and not very loud. Very subtle and understated unlike most of Orlando. Huge rooms and great comfy bed. No complaints except, okay for the entrance. The entrance is a mess but who cares once you are in, its amazing. Love the beautiful horse sculpture at the entrance, it makes up for the disastorous circular drive-up.

Holiday Inn Across From Universal Orlando