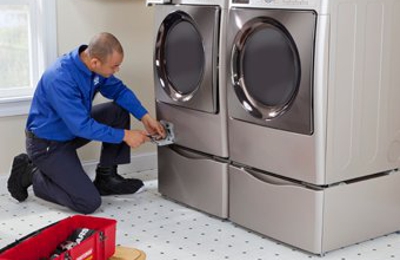 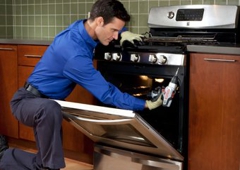 My 8 year old Sears water heater stopped working on a Wednesday night so I called Thursday morning to schedule a repair. The first available appointment was Monday between 8am and 1pm, so I took it. I even signed up for text alerts to let me know the status of the appointment. I had to leave on a business trip on monday, so my wife told her work that she would be in late. At 20 after one my wife called me to say the technician never showed up. I called Sears Appliance repairs only to be told that my appointment had been move up to between 3 and 4pm, which they never bothered to notify me about. At 3 the technician showed up (very nice man by the way) and told my wife that a filter screen needed to be cleaned. He took a wire brush and brushed under the water heater and relit the pilot light. He was done in less than five minutes and the bill was $197.72! Two days later my wife called me to say that she had no hot water again! I got back home on Friday and called Sears. After explaining the problem, being transferred and put on hold a couple of times I was told that I would have to wait until next week to have a technician come back out. I explained that we could not afford to miss another day of work, and did not want to go without hot water the next four days. They would not give us any other options! I asked for a refund as I would hire a local plumber to fix it. I was told that they would not refund the $79 diagnostic fee. I explained that it was an incorrect diagnosis and should be refunded. The woman refused, saying only the labor would be refunded. She then disconnected the call. As of today no money has been refunded.

Your repairman was great and fixed the problem with my treadmill in about 10 minutes. However the price was ridiculous!!! $233.26 for 10 minutes and a screw was the part. With that said, I did agree to it upfront, but won't be using your service again. Considering it took the tech 5 minutes to fix and the part was a screw, I think you are gouging your customers as it is hard to find a treadmill repairman. I would expect to be treated more fairly by a company like Sears. Just a side note, I did buy the treadmill at Sears as well. You have a truly disappointed customer.