General Info
Welcome to Oak Lawn Happy HyundaiHyundai Dealer near Bedford Park, Forest Park, Chicago, Orland Park, & Burbank, ILAt Happy Hyundai in Oak Lawn, IL, our friendly staff is committed to excellence. We serve the needs of each customer with the utmost respect and paramount concern. Our Hyundai dealership near Chicago, IL, is proud to be your one-stop shop for all of your automotive needs, whether you’re in the market for a new or used car, vehicle repairs, or are looking for finance opportunities. Simply contact the Oak Lawn Happy Hyundai team by calling Phone Number (888) 531-4185 or fill out our online form and we’ll gladly assist you!New, Used, & Certified Hyundai InventoryAre you searching for a new or used sedan, crossover, or SUV? Our experienced sales staff is eager to share their knowledge and enthusiasm with you! We encourage you to browse our new, used, and certified pre-owned inventories to find the Hyundai model that’s right for you, then schedule a test drive and we’ll have your favorite trim waiting upon your arrival. You can also learn more about available Hyundai models through our model research hub.New Hyundai InventoryPre-Owned Hyundai InventoryCertified Pre-Owned Hyundai InventorySchedule Hyundai Automotive ServiceWhen your vehicle needs service, know that you can trust Oak Lawn Happy Hyundai! Our Hyundai service center is here for all of your automotive servicing, maintenance, and repair needs. The Happy Hyundai team of certified professionals utilizes advanced technology and years of experience to get you back on the road fast and fix you car, hatchback, or SUV right the first time. Schedule an appointment or call Phone Number (888) 531-4185 to get in touch with a service team member.Lease or Finance a HyundaiOur finance experts work with you to find an affordable monthly payment that fits within your budget so you can take home a new or used Hyundai sedan, hatchback, or SUV. Browse our incentives or visit our finance center to learn how you can save big today! Our Hyundai leasing specials are designed to get you on the road fast in the car, hatchback, or crossover that’s right for you. These special offers change monthly, so be sure to claim yours today!
Email
Email Business
Brands
Hyundai Motor
Payment method
financing available, amex, cash, check, master card, visa
Other Link 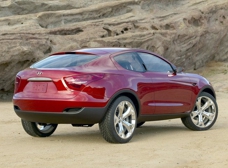 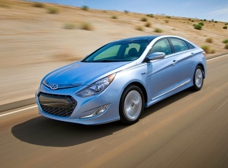 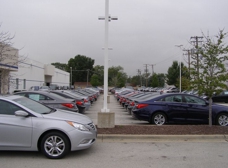 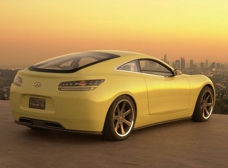 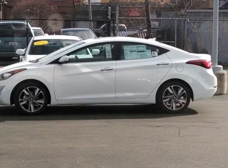 The sales manager Ricky was very helpful and sincere. He worked hard to ensure that there was an amicable resolution to the problem. While I can not recommend the individual salesman, I can recommend the sales manager. When looking for a new vehicle, I will contact him.

During the month of January, 2015 I applied for auto financing with a salesman named Mr. G. Knox at the former Currie Motors Drivers’ Edge. As a result of several factors, I was told that without a rather large down payment, I would not be able to purchase the vehicle.

On Monday March 16, 2015 I was left a message by Mr. Knox stating that he had changed dealerships and was now employed at Happy Hyundai in Oak Lawn. Mr. Knox stated that there were more programs that would help get me into the vehicle that I was looking for. He stated that he had all of my information and requested a call back.

I called Mr. Knox back and he once again stated that there were more financing options and that he had my information. Tuesday and Wednesday passed, with several vehicles that he located, were already sold.

On Thursday March 9, 2015, Mr. Knox called and stated that my credit score had dropped 60 points and that because of that I would need to put down $3500.00. I told him that I didn’t believe that my score had dropped that much, and then asked him how would he have that information, since I had not filled out a credit application, either online or in person, and had not given him my social security number and / or permission to check credit.

Mr. Knox stated that the once someone applies for an auto loan, he only has to put the customer’s name into the system and it would give him an updated credit score. I told him that I knew that that was incorrect and he then tried to tell me that the systems for all car dealerships are connected and that that was how he got that information. I informed him again that I knew that to be incorrect. After arguing for several minutes, Mr. Knox hung up on me. I then called and spoke with one of the sales managers, Ray Reynold’s and informed him of the situation.

I was notified late Thursday night / early Friday morning by several credit monitoring companies, that there several hard inquiries on my credit report from Happy Hyundai in Oak Lawn, confirming my fears that Mr. Knox had retained personal and private information without my consent, and used them without my permission. Information that was given to Currie Motors.

I went to Happy Hyundai in Oak Lawn last week with a broken clutch. The service department charged me $800 for inspection of the issue. Additionally, I was told that total for the repairs that were listed by the service department will cost us over $5,000. We declined the service and went to a mechanic that we trust. After our visit to a repair shop we were charged a total price for the repairs of $700 (yes $700 not $5,000!). The car is now fixed and the mechanic told us that all the parts that were supposed get fixed at the dealership are in excellent state and do not need repairs.