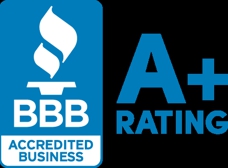 This is such a great company.They are a friendly family-owned company .The office staff is always friendly and helpful. I had a technician Stewart come out for my water heater, he was a very knowledgeable nice man. He fixed the problem right away, and gave me some tips on keeping up with my maintenance. Would recommend this company to anyone!!!!

I would like to say how happy I was with this co.

It started off with Amy answering all my questions I had prior to making a service call.

She was very nice. They sent out Brian for my electrican problem the same day ! Not only was my electrican out the same day but he was the nicest man ever. I would say to any one who needs service call this co. they are THE BEST !!

My home warranty company referred me to AAA for a broken air conditioner. Every time I called I got rude person after rude person. First, I told the technician the control board was out, gave him the part number, and told him to come out when he gets the part in. He told me HE'LL look at it and let ME know what's wrong with it. So after his two hours of ""looking at it,"" he said the control board was out and he'll have to order it. Call me crazy but I'm pretty sure I told him that three days before. I also told him the board burned out because the coil froze up, so it probably needed more coolant. I was told they can't check it unless the temperature is between 85-90 degress (it was 87 degrees out!). So SEVEN DAYS LATER, the guy comes back and puts the control board in and leaves without saying more than one word to the person I had watching the house. So, of course, he slid out without fixing the initial problem with the coil freezing. Well guess what happened. A week later the coil froze, then three weeks later the control board burned out again. During this time no one at AAA would return phone calls from me or my home warranty company. After a month I finally talked to the parts manager who wouldn't even let me finish a sentence without interrupting me. He kept saying ""What's your work order number?"" He wouldn't even let me tell him that his tech screwed me over and they needed to fix it. Then he hung up on me! The home warranty company called him, and he told the warranty company that they wouldn't fix it even if they got paid again!! Thankfully my home warranty company knows something about customer service. They sent out another company who fixed the problem in THREE DAYS.