Save On Your Next Paving Service. Call Us Today!

General Info
Since 1956, Road One Paving LLC has been dedicated to providing clients throughout the southeastern NH area with comprehensive, high-quality asphalt and paving services. All of our work is GUARANTEED for one full year! Whether you need commercial paving, residential paving, excavating, or sealcoating, you can count on us to get the job done right at a competitive price. Call us today!
BBB Rating
A+
BBB Rating and Accreditation information may be delayed up to a week.
BBB Accredited businesses follow the BBB Code of Business Practices and pay a fee for accreditation review and monitoring. Accreditation is not a BBB endorsement or evaluation of the business’ product quality or competency in performing services.

Associations
A+ With the BBB
Other Link 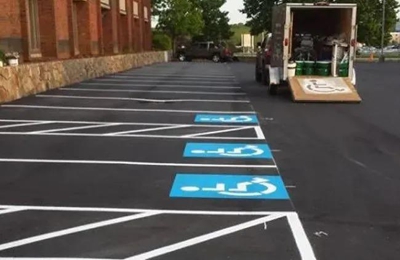 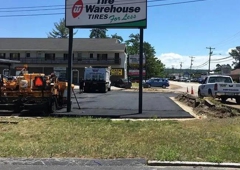 The owner Joe was prompt and professional when it came to returning my call and handling any questions I had before even coming out to give me my free estimate. Upon arrival he was friendly and right to the point with any problems that may arise during the job. He gave me a better price than 4 of the 5 other companies I spoke to. However, he was easily the most friendly and easy to deal with. After the job was completed he made sure I was happy with the work that was done before requesting payment and I was more than happy to give it to him. Overall it was one of the easiest and stress free experiences I've ever had with a home improvement business, thank you Joe!

Would recommend to anybody looking for top of the line asphalt services.

Owner Joe was a man of his word did everything he said he would and more guy went above and beyond I was so happy! Give him a call & you'll see!

I do not know how this company received such great reviews. I would not hire Road one paving(Joe Stanley) ever again I hired him to repave my existing driveway and also pave an additional area along the side of my garage. The proposal state he would remove the entire existing driveway and place new gravel between 6 and 12 inches deep and install one and a half inch base coat and a one and a half top coat. I was going through chemo at the time and was not as diligent as I would normally be.(1) He only put in one 3" coat instead of the 2 coats. After I noticed he only did 1 coat he told me he did 1 coat because of oncoming rain storm. Again he did not check with me prior to installing which I guess he was hoping I wouldn't notice. He eventually gave me a $200.00 credit for the one coat.(20 He was suppose to remove the entire driveway bur he went over the existing drive way at the street. I now have a speed bump at the end of the driveway. I called to have that fixed like it was supposed to be but he came on a different day then was schedule and just modified the speed bump. I called again and he offered to pay me $500.00 for not having to return and fix it again. That was 3 weeks ago and after numerous attempts to contact him, my calls have gone unanswered. (3) He could not have installed the 6" to 12" gravel as he stated because there are roots running along the side of my driveway are totally undisturbed. Had he installed the gravel as stated the roots would have been uplifted. The amount of gravel that was there is less than 2 inches. So my advice is to never hire this co. unless you are prepared to watch every operation.

If there were 6 stars I'd give it. I am so happy with my driveway and highly recommend them. I am very picky and so happy I chose this company, I know there are a lot of companies to choose from.

Road one paving is a great company !!

I had roadone paving come so my driveway and I loved them they did such a wonderful job very nice ppl and very good work ! My neighbor liked my driveway south they had them come out to do there's too ! I recommend them !!