Your Comfortable Choice For Over 95 Years.

General Info
Fast service - even when we're swamped. We do everything we can to get you scheduled as soon as possible. Knowledgeable technicians - when you are having issues, they will be able to explain the problem and how they will fix it Friendly, courteous, and honest employees - we know you don't just want anyone in your home, so we only hire the best of the best Priority service for our G$P members - we get you to the front of the pack when it's busy if you're a member Today, Jackson Comfort is in it's fourth generation of family workers and is still one of the largest heating and cooling companies in Northeast Ohio. But we have not outgrown our roots: providing honesty, quality installations and repairs, and great customer service! The customer is always our #1 priority, so we tackle each problem one at a time, so nothing gets missed. Our technicians make every effort to ensure your system operates safely and efficiently. And when you call for service, you get a live Jackson Comfort employee who wants to help. No machines! Thank you for taking the time to learn more about us. We look forward to serving you. License Number: 15527.. 24 Hour Emergency Service! We Ship Air Filters
Email
Email Business
Extra Phones 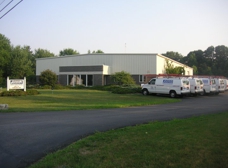 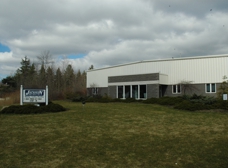 About one month ago I called them to come out because my pilot light was out on the water heater. The tech showed up and backed his truck and ladder into my bedroom wall. It was just a nudge he said and there was a scratch on the siding. I was standing in the bedroom when he hit it and it sounded like an earth quake. He was able to solve the problem with my hot water tank and didn't charge me.

Last week I called because my air conditioner was cold but running constantly and wouldn't shut off. They came to the house and said I needed a part and it would take a week. They came back and worked on the system for one hour then said I don't need the part. Well, one hour later, the air is hot, the outside pump isn't on and the inside furnace is running constantly. So, I called them back and insisted they get someone out here again that night. A guy named Jim called me back and said he can't come back tonight because they have a more urgent problem to deal with. I told him I have been waiting for one week, the technicians they sent out ( three different men) couldn't fix the problem and I would just call a different company. I just hope they didn't do something to break my system. It's much worse off than it started out to be.

View similar Heating Contractors & Specialties
About Us
END_OF_DOCUMENT_TOKEN_TO_BE_REPLACED
Provided by