"An Ounce Of Prevention is Worth a Pound of Cure"

General Info
We are a full service minority owned business in Norfolk Virginia. We are dedicated to providing complete customer satisfaction. We offer a full range of Pruning, Tree Removal, Storm Cleanup, Stump Grinding, Emergency Services and general enhancements for your landscaping needs. Our Mission is to provide professional TREE CUTTING SERVICES at an affordable rate without sacrificing quality or customer service. We are fully insured and licensed in Virginia. Serving Norfolk, Virginia Beach, Chesapeake, Portsmouth and Hampton.
Hours
Regular Hours
Extra Phones

We provide excellent clean up work when the job is done. No One wants heir yard looking a mess. We want to make youanother satisfied customer so you will highly recommend us to your friends and family. 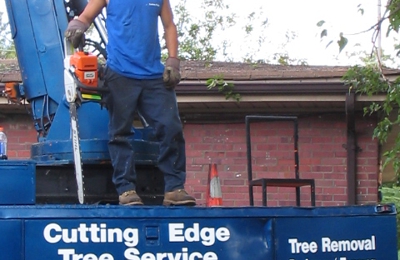 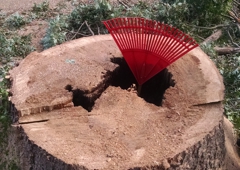 These guys do good work. I know because I've worked with them before on several jobs and David does an amazing job looking after his customers and coworkers.

Even in this heat this week, these guys took down 5 pines, came back next day, did a great job at clean up. Highly recommend.

Had a tree limb fall on my house after a recent storm, called a couple different tree companies for estimates to get it removed as soon as possible. Not only did Cutting Edge come out that same day to do the estimate, they came back 2 hours later to remove it, in the rain!! I was thoroughly impressed with their workmanship & how great of a job they did, I had him do an estimate on removing a gumball tree from my backyard. The crew was back 2 days later to remove it, & didn't leave a trace behind!!

I don't think I've ever seen a harder working bunch of guys. They were working around the corner from my house, so I stopped and asked for an estimate. Guys looked like they just came out of the ocean from working in the heat! David Jones came, gave me a quote, we agreed on a price. Next day they came and took out a big gumball that's been dropping those things in my yard for years. No More raking for me. I paid him when they were done. I am pleased. Recommend them to anyone.

If excuses were dollars, Mr. Jones of Cutting Edge would be a very wealthy man! Like some of the other recent customers of Cutting Edge who have posted here, we, also, paid in full and did not get a completed job as agreed upon. This was not without MONTHS of calling and asking him to come and finish the job! Oh, he had excuses! No shortage of those! He also had assurances of "first thing tomorrow morning." Still, he never showed up to finish the job.

As if that weren't enough...when he DID show up to remove the trees in the first place (which was not without excuses and delays), he destroyed the invisible fence system we had for our dog!

We finally had to hire another company to remove the stumps that he left. Needless to say, I would not only NOT RECOMMEND this poor excuse for a business, I would issue an ALL OUT WARNING to all Hampton Roads residents to avoid this shady outfit at all costs!

Cutting edge has not completed a job I paid for in full. I paid July 3, 2014 and have been lied to on several occasions by Mr. David Jones about them coming to grind the stump and had nothing but excuse after excuse. I only want what was agreed upon and what I paid for. Finish the job they got paid for. I would not use them or recommend them to anyone, terrible customer service.

Called a couple tree service companies for an estimate on getting two big gumball trees removed, Cutting Edge gave me the best price hands down!! The owner was upfront in telling me they were super busy and he wouldn't be able to do the job until the following week. When they did, the crew did an awesome job removing the trees & cleaned everything up, it was like they were never there!! I appreciated his honesty & good prices very much!! Would highly recommend!!!!

I was extremely pleased at the service and quality of work done by David and his crew. They finished the job considerably earlier than I figured and even he estimated. There was very little 'dents' in the yard from the tree fall and this is with my backyard being naturally soft due to a higher water table. They were friendly and efficient. They barely even affected my neighbor's backyard even though the tree was close to their fence as well. I'd definitely recommend the Cutting Edge Tree Service to anybody who asks.

**Update** Sadly, I've had to downgrade my review. When they initially did the job, they did a 5 star job. I also paid for them to grind out the stumps that were left, but their grinder was down or rented out at the time. They've since gotten the grinder back, but it's been over a month a 4 or 5 phone calls to remind them they still owe me some work and I've got nothing to show for it. They're currently holding up the fixing of my fence because of this. My next step is the BBB and my lawyer if the job isn't finished quickly.

Called a few different companies for an estimate on getting a huge tree removed from my yard. Cutting Edge by far was the most polite, prompt, and beat the other companies prices by hundreds of dollars!!!! They were there when they said they would be, got the job done, and even cleaned up the mess! I am extremely satisfied and happy I called them, and will use them again!!!! Highly recommended!!!! :)

I recently hired Cutting Edge Tree Service to take down two big trees in my yard. Dave and the guys were AWESOME!! Very polite, on time, got the job done to perfection and cleaned up all the debris and mess left behind. I would HIGHLY recommend them!!!

Awesome awesome awesome. They were very friendly and did a good job. They were affordable and even decided to do 3more trees while they were he and they did them on the spot. Very happy

Thank You for the great review. Happy to make you another Satisfied customer. Feel free to give us a call if you need our services in the future.

This listing has been claimed by a business representative.
Helpful(1)ShareFlag
tryingtohlp

We have a rental property in Hampton Roads. We asked several companies to check out our tree in the back yard. Only two Bothered call us back. David of Cutting Edge Was very prompt. We had very limited access. His company took pictures, and told us exactly what they were going to do. They sent us pictures when they were done and the tenants said they worked quickly with no non-sense. The yard looked great. They did an excellent job.

Dave Jones prices hands down can not be beat. He gave me the best price of any other tree cutting service around. He and the Cutting Edge tree cutting crew came in and took out four trees (three big pines and a big oak around my home and waterfall tight areas) in one day job done then they they were gone. AWESOME job would highlty recoommend these guy's to anybody needing tree work.

We have used this company several times over the past 6 years at several locations. Always satisfied with thier work. The services we use on the properties we manage reflect on us. We are very please with the results from Cutting Edge Tree Service.

They are great! The team of about six men came out and took two trees out of my back yard that was real close to my house down and cleaned up all the mess! with the exception of the mulch they use to fill the holes where the stumps had once been. Very kind and friendly people! best prices in TOWN!!! by a few hundred dollars!!!

The work that they did was perfect. They managed to clean up the yard and make it look like new. Thank yo David and crew you did a wonderful job.

Last storm season we were really worried about 2 big pine trees in our yard that were covered in Ivy. We called around and liked the reviews we read about Cutting Edge Tree Service. They came out and and took out the trees in ONE DAY! They raked the yard out, and blew off the roof - it looked like they were never even here. I would recommend them to anyone. They did a great job.