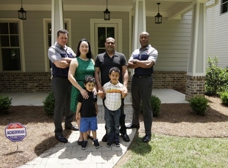 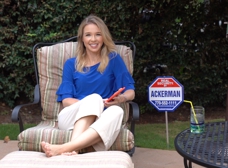 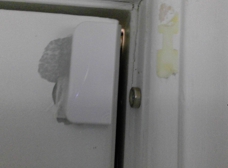 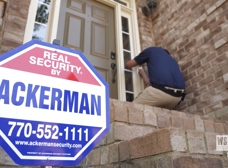 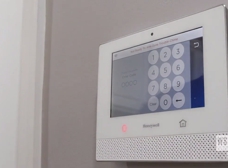 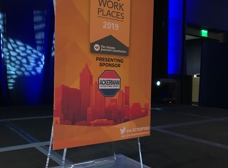 I contracted with Ackerman Security on October 13, 2021, when a representative Allen came out and sold me a system to connect to sensors from my pre-existing system. He stated that I would be able to use my existing motion sensors and door sensors with the Ackerman system. Amongst the purchases that were made, I requested a new sensor for a new perimeter door and a simple keypad for the main level.
When the technician arrived the next two weeks, he stated that he didn’t have the keypad that I requested because it was discontinued. He also stated that the salesperson should have contacted me regarding the matter, which he didn’t. The technician stated that my existing motion sensors were not included in the setup, which Allen promised they would. The technician offered to sell me a key fob to replace the keypad. When I refused because the key fob didn’t have a way of inputting a code, he offered to replace the motion sensors for the same price as the keypad and “give” me the key fob. I reluctantly agreed. During the installation, the technician removed part of my existing door sensors, which caused the door and wall paint to come off. He also left just a screw and bolt on one to serve as the magnet for that door. I attempted to contact salesperson, but he never returned my calls.

The technician returned on Tuesday, November 2nd to put up the motion sensors. After he left, the system began to completely malfunction. The doors constantly register as open even though they are not. The perimeter door with the new sensor continues to read Supervision Fail and beep continuously whenever the system is off. Even when the system is on, I can walk out the door without the alarm going off and Ackerman being notified. The system periodically states that the Z View is missing. The “Armed Away” and “Night,” which should be connected to the motion sensors within the house, do not work at all. Needless to say, Ackerman system has violated my family security.

The technician was clean and very professional, I care about this a lot recently, it was like he wasn't even here. I had to wait a small amount of time for an appointment ( probably due to Covid ) but once they got here they fixed the problem at minimal cost and even gave me some ideas on how to enhance my situation for me and my family. Great work Ackerman thank you for your service!

So I recently moved  out of my parent's home whom have had another alarm company all of what I can remember growing up an urged me to get a security system for my self ( since my area has had some stretchy activity ) I decided to do my own research and came across Ackerman, may of the ppl on my street already had the sign in their yard already. So I went online to their website to request a quote and was able to chat with a rep really quickly which was great for me as I do not get much free time as I am usually working from my comp or smart phone...Our quick 15 minute chat resulted in me not only get great info but also a rep was able to meet with me at my home to discuss further and get me a great deal that match my budge. ill be honest I didn't think i needed to meet with anyone at first but after speaking with my consultant i realized it more thing I wanted to know that I could find out from just clicking a package .

I would like to express my appreciation for a job well done. April Quoma was very helpful in getting my account with Ackerman Security straightened out. I called her at least twice and she was so willing to help.

How refreshing to find someone like that and someone who knows what to do to correct the situation. She is an asset to Ackerman.

A month after installation, my keypads started beeping and showing a trouble indicator on the keypad displays. I could enter my code and the beeping would stop but it would start again every half hour. Each time it started beeping I had to physically go to the keypad and enter my code again. THIS WAS HAPPENING AT 3:00 A.M. I called customer service and was basically told that they didn't know exactly why it was doing it or how to stop it. All they could tell me was to keep resetting the system and hopefully it would stop. It finally stopped around 5:00 a.m.

The next day the system tested ok.

The same thing happened on random occasions for the next couple of months but this week it started doing it again and simply wouldn't stop. Customer service was no help whatsoever and eventually told me to just unplug the whole system and deactivate it so that I could sleep that night. The soonest that they could get a technician out was FOUR DAYS LATER!!

At this point, their faulty system was causing me more problems than it was worth and I just wanted to terminate their services. I felt like I had been very patient with them so far and it just wasn't working for me. Their equipment sucked and their customer service was clueless.

They then proceed to tell me that I was locked into a 3 year contract and it would cost me close to $800 if I wanted out and that I was stuck with their crappy annoying system like it or not.

That is the type of company that Ackerman is. They are a disgrace and I will now probably have to pay for a lawyer to clear my credit when I stop paying for their services that don't even work properly.

THEY ARE THE WORST COMPANY EVER. DO NOT USE THEM.

I have used Ackerman ever since I moved into my own house 4 years ago and have always been happy with them and the service. Since I had an existing system/wiring installed they set theirs up for free! Their monthly monitoring prices have always been the best around. I got the upgraded wireless kind for less than the price that other companies charge for their most basic offering. I have never had an incident other than accidently setting it off myself but each time Ackerman called me within less than a minute. So that sets me at ease knowing the system works like it should and they will be quick to respond if anything ever happens.

I want to give great praise to Debra Chandler of Ackerman Security. She did an amazing job of helping me sort out each item pertaining the repairs of my security system. She was very detailed oriented and helped me to understand everything. After 3 people before her who could not get me the correct information or tell me the breakdown she did and she was awesome. Debra has a very good mind and she knows how to communicate information and she knows how to interpret information. Great job Debra!

We are up and running thanks to a great installation by Ken. I was very pleased with the service from all of the Ackerman staff. Every step was efficient, dependable and professional.

Ackerman proved to me that they truly do care about their customers and families. They followed through with everything.

I was pleased with Ackerman Security’s professional and informative installation, and we will be glad to refer business their way. We are learning to use the new system all the time, and feel very good about our purchase.

My system was recently installed by Ackerman. James came and answered all my questions about it. Kudos to him and Ackerman Security.

Ackerman Security installed my new system on June 15. This is the exact type of security I was looking for. Thanks to Ackerman for meeting my needs for a security system to protect my home.

We had a wireless security system installed yesterday with Ackerman Security. The installer was wonderful we loved him. Thank you Ackerman

Notice all the headings like... BRIAN for Ackerman was awesome! These are from employee's under a ""suggestion"" from management if they want to keep their jobs. How many honest reviews have you read on the internet that mentions people by name. Makes you wonder why they need the good press... Ignore the reviews that mentions peoples names, and you are left with, well, a bunch of bad reviews. Beware of Ackerman Security. Although they do monitor well, they will try and sell you add-ons at very high prices. For instance, a panel that you can get over the internet for $95.00 they will chard $310, and then $170 per hour to install. Their ""protection plan"" is a joke. Check the fine print.. It does not cover wires or sensors... You wont find that out until you need it. Also want to leave them? You cant because your contract will autorenew, making leaving a costly experience. Check out their competitors, they dont require contracts and charge a lot less.

The technician who came out yesterday was fast, efficient, knowledgeable and friendly. I am already enjoying my Ackerman experience and will certainly refer them to others!

I am very impressed with Whit from Ackerman and how very knowledgeable he was. He made switching service to Ackerman as “painless” as possible. The technician, Jim, was also very knowledgeable and explained each step and gave options BEFORE he proceeded. I sure enjoyed the professionalism and I wanted to make sure to pass this on. Well done by the Ackerman team!

The man who came to my house to put my security system in was great. Very professional. It works very well.

Mike helped me select my system. Thank you very much for your service, Mike.

The installation went off very well, I had no idea how complicated it all is! Ackerman was very helpful as was Chris, the installer.

I GREATLY APPREICATE THE INTEGRITY OF SUPERIVOR CHRISTINE,,, SHE HELPED RESOLVE A POTENTIAL HUGE PROBLEM AS I AM SET TO GO OUT OF TOWN AND MY ALARM MONITORING SYSTEM WAS NOT IN SYNC,, SHE TOOK THE TIME TO CORRECT THE SITUATION,, BEING A WOMAN OF HONOR SHE DOES AN EXCELLENT JOB OF REPRESENTING ACKERMAN SECURITY SYSTEMS.