Good for Kids: No 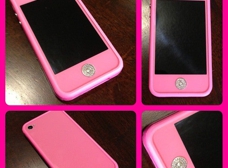 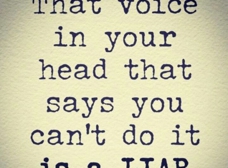 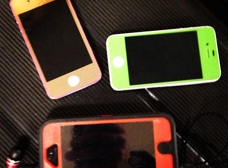 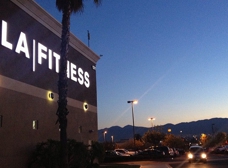 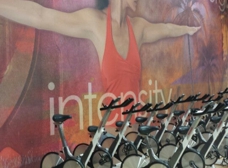 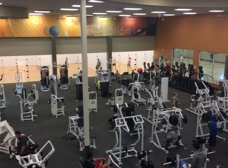 Absolutely the most dilapidated, filthy and unsafe gym that I've ever joined. I exercised here for three months, only out of convenience, before coming to my senses.

Many pieces of equipment were in serious need of repair. One lat pulldown machine, near the racket ball courts, was out of order for the entire three months. The cable attachments were rusty and worn. The treadmills sounded like they had never been lubricated. I didn't feel safe lifting heavy on many of their machines.

The bathrooms were disgusting. Overflowed toilets filled with excrement, the floors were always wet and the smell was overwhelming. The lockers were made of cheap, compressed particle board and some were missing their doors - I wonder why?

One morning I arrived at the club to find a man, covered only in towels, standing in their lobby. Someone had stolen his clothes and other belongings while he showered. At least four times during my workouts, the police were called because someones locker or car was broken into. They do have cameras overlooking the parking lot (monitors behind the front desk) but the quality is poor and the priority for Norco Police is low. Car break-ins were a serious epidemic at this club and LA Fitness wouldn't even hire a minimum wage security guard to patrol the lot.

The personal trainers at this club don't solicit prospective clients. The guys in blue shirts walking around are not trainers, they're salesmen that find clients for the trainers. Most of these salesmen don't have the slightest clue about safe, effective exercise techniques. Why should a member pay for a qualified personal trainer, if they just got a free workout (aka ""fitness assessment"") from some schmuck? They don't hold a CPR or accredited PT certification and ethically, shouldn't be masquerading as trainers.

Whatever deal you think you're getting from LA Fitness will quickly be put in perspective once your valuables are stolen or you contract a bacterial infection.

This gym is a decent size. Fair number of machines. But some of the equipment looks outdated. Also there are alot of gay men ""cruising"" the locker room and steam room. Apparently this is a known gay pick up spot. I am a fairly attractive and in shape STRAIGHT guy happily married and I am so sick of having these guys who loiter the locker room checking me out and leering at me when I'm just in there putting my stuff away and minding my own damn business. So stright guys, beware.