WE'LL PICK YOU UP 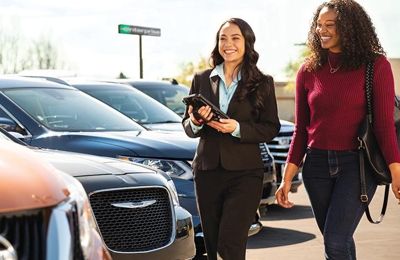 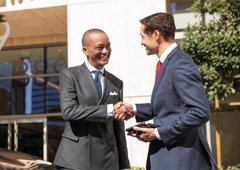 Terrible experience. I took my Mercedes to Fletcher Jones and expected to get me car back in a day, but although I called multiple with no return phone call, they finally called to tell me my car was ready after 4 day and said my car was ready late Friday when I had plans Friday night and Sat morning and they closed at 1 pm Sat. They said the earliest I could pick up was Monday morning. Relieved to finally get my car and return the loan, I was grateful to be done....That was until I got a bill for $215 for extra for rental. I called both the Enterprise and Mercedes and no one ever returned my call. I finally called my credit card company to dispute the charge. In a high establishment like MB, it is appalling that they have such poor customer service.

Staff is fairly nice, but they are very expensive and only have high-end cars to rent and on top of that they charge your card 250.00 before you even do anything!
It takes several days to get it back. They have you right where they want you... at Fletcher Jones where your stuck and cant choose any other rental place. They pressure you to get extra rental insurance even when you dont need it.
Very poor service and prices.

This last time, my credit card was charged when it was supposed to be billed to Fletcher Jones. After over a week of trying to get an answer, they claimed I signed up for the protection plan - which I did not. It was about a week's worth. After an exhaustive ""did-you? no,-check-your-files."" conversation, I was told they would forward it to their ""refund"" department. That department would call me once it was credited back.
... Yup, I am still waiting for a call.