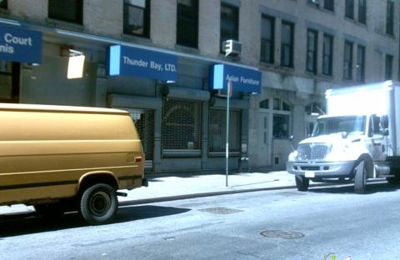 Cool new bike shop in Chelsea with awesome seasoned staff. Good selection of bikes and accessories. They also do professional repairs and tune-ups.

If you go there, see anyone but Dr. Matthew Labella. In Feb 2009, I visited the office with ankle pain and was set up with Dr. Labella. X-rays were taken and he sent me for a CT scan. The scan showed some bone spurrs. But I told him that those did not bother me. The pain was somewhere else. However, he firmly told me that my pain was due to the bone spurrs and recommended surgery without even an MRI analysis. Being completely new to the information, I trusted the doctor and went for the surgery. However, that worsened my condition. The pain was worse than ever. He said just give it time to heal. Two months later, I saw another doctor and had an MRI taken. Found out that I had a OCD in the ankle. I came back to Labella and he said he didn't know how or why he could have missed it. Finally, I went to Dr Christensen in Everett and had a arthroscopic surgery in August 2009. The pain now is reduced by 95%, but I have a huge scar left from the bone spurr removal. And ever since the first surgery, I've been having discomfort at the spot where the bone spurr was removed. Learned my lesson well and will never ever visit this clinic again.