MINI of Manhattan is New York City's only MINI dealership.

General Info
New York City's only MINI dealership. Our Motoring Advisors are ready to help you provide a happy home for one of our hip and adorable MINIs. Our large inventory of new and used MINI Cooper's, MINI Cooper Convertible's and MINI Clubman will impress any MINI enthusiast. Browse online or stop by our showroom located at 57th Street and 11th Ave in NYC and talk to one of our Motoring Advisors today.Our dealership is one of the premier dealerships in the country. Our commitment to customer service is second to none. We offer one of the most comprehensive parts and service departments in the automotive industry. Our primary concern is the satisfaction of our customers. Our online dealership was created to enhance the buying experience for each and every one of our internet customers. Please feel free to call us at the number listed above or send us an email using the contact us page.
Email
Email Business
Extra Phones 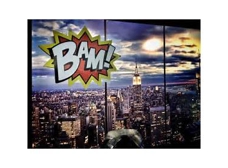 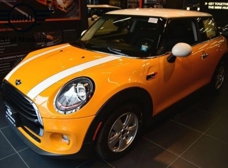 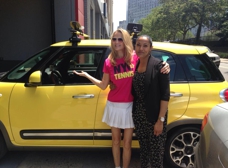 I am going to quickly outline what I view as the dishonest and frankly, inhuman way that the sales staff of Fiat of Manhattan (Lemiron Starling and Caleb Dennis ) try to, (in my opinion,) STEAL money from unsuspecting car buyers or leasers.

ONE: Lemiron Starling and Caleb Denis do the “BAIT and SWITCH”.

I had been over there with my girlfriend a couple of days earlier, and I had also brought my Honda Fit over so they could see it for they said they could buy out my lease. I called Lemiron Starling to get a final price. He told me on the phone that they would give me $345 a month to lease the car (with the Honda buyback) with $2500 down. When we arrived with $1000 cash payment in hand to reserve the car, Lemiron Starling said “Oh I am sorry, that price was for financing - I made a MISTAKE. The price for Leasing is really $409 with $2500 down.” Shame on you!

TWO: Lemiron Starling and Caleb Dennis tried to charge us a $895 leasing fee from ALLY Financing. After some checking at another dealer, I found out that the fee from ALLY is only $295. That is STEALING in my book.

THREE: Lemiron Starling and Caleb Denis never inform customers that the $99 a month New York City parking deal that comes with a New Fiat (really $117 with tax) is only for NEW Quik Park customers. After some checking I found out that if you are a current Quik Park customer, the rate does not apply for you.

So we signed the contracts, giving Lemiron Starling a $1000 cash deposit to secure the car which he took to Mr. Denis. My girlfriend and I then started planning our vacation with the new Fiat knowing that we would pick it up the following Friday as we waited for Lemiron to return. Then Lemiron Starling came back (now get this!) with a NEW contract, asking me to sign it AGAIN, saying that the numbers were in the wrong places. Under one line on the new contract was some tiny unreadable words scribbled in saying something which we couldn’t read.

Lemiron Starling said “ Oh, it is nothing.”

I requested he go and find out the exact amount. Again, Lemiron Starling said “ Oh it is nothing.”

I said, “Please go and find out the exact amount.”

Lemiron Starling came back and told me that it would be $1700 dollars more!!! I was flabbergasted. I asked for my money back.

I immediately went to Caleb Denis’s desk, (who seems to me to be the mastermind of this scam.)

“What seems to be the problem?” Caleb Denis replied.

I said. “Give me my money back now, or I am going to call the police. I will be waiting over there.”

In about 5 minutes, Lemiron Starling came back with our $1000 deposit. No apologies. My girlfriend and I couldn’t even look at him. We counted the cash to insure it was all there and we left, having lost THREE hours of precious life with this ridiculousness, feeling disgusted, and frankly, emotionally beat up.

Never in my life have I experienced such dishonesty at a car dealership.