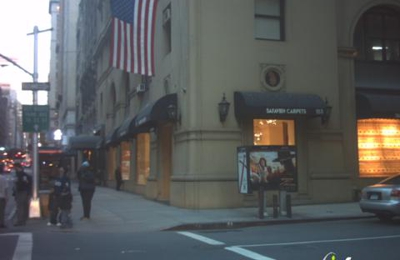 I went to her as it was close to my work and I could get the last appointment at 5:30 for the regular annual exam. I showed up 15 minutes before, ended up getting to a doctor an hour later than scheduled. Was disappointed but happens to everybody. The exam was the usual, nothing too good or too bad. She gave me the prescription for 6 months of birth control and said to call back in another 6 months. Then story begins: I am getting a bill for $300+ for that visit. I have the same insurance for the last 5 years and never paid a penny for the annual exam! Apparently, the doctor listed that as a procedure and not annual exam! So I had to call back and forth to doctor/insurance company/lab to explain that it was annual exam. Did not the doctor realize what I was doing my annual exam? I even said to her when walked in that I am here for the annual exam and need to get a birth control prescription. It is been almost 6 months since that day, my claim is still not resolved. At least after many calls looks like everyone accepted that it should be covered and is supposed to be resolved in some future. Then, I am running out of my pills, call the doctor to ask for another 6 months prescription. But the doctor likes to see their patients twice a year! I am young healthy adult, I don't want to do pop test every 6 months! The worst thing, that I have to come for the exam itself which is not covered by my insurance as the majority of other insurances! So, basically, now if I want to get my prescription I am obligated to do another test and pay again for the full exam out of my pocket! Isn't crazy? Is she having a deal with an insurance company? Could she tell me that before? I would never go to her then! I never had this issue before as I was always getting my pills for the whole year after my exam. So many problems with that doctor. Will never ever go back to her!

Also, if you want to call with a billing question you have to call only on Wednesday between 11am and 2 pm, otherwise they don't handle these questions. Basically they do whatever they can to make it harder to resolve any issues. I am sure they have the same stuff doing all this job and I doubt she is in the office for 2 hours a week, so why not to have it more flexible. They charge you 24/7 but getting questions in a certain hours/certain weekday!

I was skeptical to try Dr. Labot out but I needed to see a gyn close to my job. I gave her a fair shot and I'm so glad I did!! She definitely has an accent and you have to pay close attention when she talking, but everything else was spot on. She asked a bunch of questions and she answered all of mine. I'll definitely be going back :)

Give her a shot!

I have been under the care of Dr. Rama for more than 20 yrs. She was with me the whole time I was in labor from 7am to 4pm 22 years ago. She did not leave my bedside and is a very caring, gentle doctor. I only have high praises for her.

I just stumbled upon these reviews of Dr. Rama and I totally disagree with the negative remarks about her professionalism. I created this account just to comment on this. She is a good doctor who is intelligent and if anything, overly thorough in her practices - as in, she emphasizes follow up even in cases when other doctors may not deem it critical.

She has a dry and serious personality, but that doesn't mean that she is uncaring or has poor bedside manners. I find her to be very caring and she has been informative in every instance that I have met with her.

I am a young woman under 30 who has seen other gynos in NYC. Her office is not modern, but her practices are not outdated. She doesn't deserve the negative reviews that I have read here.

This doctor was not friendly and had no bedside manner, in person or on the telephone. I decided not to go back for my necessary follow up tests.

The office is also very difficult to work with and unorganized. Their credit card machine was broken when I tried to pay my copay. After deciding not to go back to her for follow up, I needed my records sent to another doctor. But I had to confirm in writing that I wanted them sent. So I faxed my permission. When I went to my new doctor, they never received the records and it was a Monday. Dr. L-R doesn't have office hours on Mondays. What? I called the next day - they never got my fax. I must of faxed 3 times and each time they said they didn't get it. ""Oh maybe the machine is broken."" So I went all the way to the office in person to get the records. $1.50 for the copy. Really? It's not a lot of money but just seems so petty especially after all the trouble. I waited as they scrambled around to make change for my 20.

Then because I had trouble with my insurance I had to just pay out of pocket. I called them to give them a billing address, then got a bill in the mail at a different address, not my billing address that I left. But of course, their billing person isn't there until after 4pm.

Just not worth the trouble, and not a personable doctor. At all.

I agree with all the negative reviews. Dr. Labot-Rama is not a very good doctor. Her practices are a bit out-dated and she DOES NOT EXPLAIN your test results at all. She just reads your test results out to you and ""prescribes"" the next steps (and makes you pay more! my medical invoices arrived and I was outraged by the prices). Instead of allowing you to become involved in the process and educating you about your health condition, she just tells you what to do, which is insulting as she doesn't seem to think her patients are intelligent enough to understand medical conditions. I also do not feel comfortable around her - she seems to grunt incoherent sentences and gets angry when you ask questions, especially clarification questions. I had to ask my sister, also a doctor, to explain my condition and she said Dr. Labot-Rama's practices are outdated. I switched doctors.

I was less then impressed visiting this doctor. I waited a long time and then was rushed through. The doctor didn't seem very thorough at all and when I asked about getting a test done that I've gotten done before at a different doctor, she had never heard of it. When I got my bill there was all these charges for tons of tests, of which I have no idea what many of them are for, as I was only called for the results of the two tests I asked for. Ultimately I didn't feel as though I was in good hands and I went to another doctor just to be sure nothing was missed.

I have been a patient of Dr. Rama for more than 15 years. She delivered my daughter. I have nothing but praise for her and her staff. Her office is tranquil and clean, the wait is usually acceptable. I have found her to be nice, competant, and professional. I guess everyone's experience is different but I felt compelled to offer an opposing view.

This Dr. does her job at the bare minimum level. She can't be bothered to do tests outside the routine. I had to ask for them specifically and when I did she was hesitant and condesending about the need. (turns out I had exactly what I thought I had, and it would have never been caught if I hadn't insisted on the sonogram.) She has a terrible bedside manner as well. She told me as I was wincing through my exam that I ""had a really low threshhold for pain"" in a very condesending tone. She is an extremly cold person, not someone who should be administering medical advice to women in their most uncomfortable moments.