Modern Furniture and Contemporary Furniture is our Specialty

General Info
Our goal is to bring you the finest Modern Furniture and Contemporary Furniture from around the world.Let us help you transform your house into your unique home.We have been in business for 23 years and have thousands of satisfied customers. We will strive to do our best to make your furniture shopping experience with us as enjoyable as possible from your first click to the delivery and use of your new furniture. We encourage you to visit one of our furniture showrooms in New York or New Jersey and consult with our knowledgeable and experienced sales and design staff. They know the products well and will help you make the best choice. Bring your floor plans along as our furniture is completely customizable and together we can create furniture suited to your specific needs. Our Manhattan Store is our Flagship store and you will find the greatest variety of Modern Furniture there.
Hours
Regular Hours
Payment method
visa, all major credit cards, mastercard, discover, amex
Location
Broadway off of Canal Street
Neighborhoods
Civic Center, Downtown Manhattan
Other Link 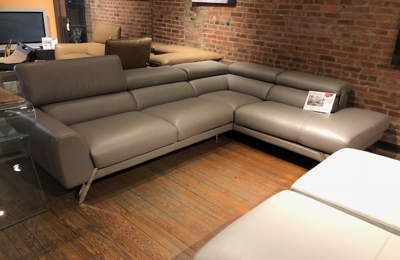 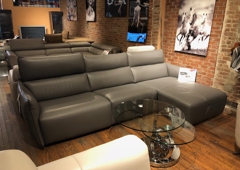 I have purchased from Canal 2 times. Each experience was a pleasure and I saved a lot of money. The first time I was going to purchase a dining room set from Bloomingdales but decided to check it out online first. I saved over $1500.00 on the table and $200.00per chair. I ordered everything online and charged it . Delivery was a week early they set everything up and it was all good. the second time I went to the store in queens and bought one inexpensive bedroom set and one more expensive one. Again delivery was very smooth and I was very satisfied with it all. It is now 2 years from the purchase of the dinky room set and six months for the bedroom set and mo problems.

DO NOT BUY FROM THIS PLACE. I purchased a couch from here and within two months the frame broke. I called this place up and the salesperson no longer worked there. I left a message for another guy who did not return my call. I spoke to a third guy who was very rude, and kept insisting that we jumped on the couch and broke it, and they would need to investigate how the couch was broken before discussing replacement. We have a one-year warranty but talking to the guy clearly they did not want to help with repairs. Anyway, he asked me to bring the invoice since they do not keep a record of purchases (this is the ONLY store that would not have a record - every other furniture store keeps some record and I also have it on my credit card). Anyway, I cannot find the invoice since I had just moved in to my new apartment and the invoice was misplaced. Now I have a broken couch that I spent $$$$ on, and these guys are not willing to fulfill our warranty.

Again, I reiterate DO NOT BUY FROM HERE. They have no intention of fulfilling your warranty. I almost purchased an Entertainment Center as well but thank God I decided not to. It is better to shell out a few more bucks and go elsewhere, at least the furniture will not break within 2-3 months of purchase.