General Info
ABC Carpet & Home is a household and institutional furniture manufacturer. The company offers designer services including custom upholstery and facilitates a custom drapery department. Its onsite workshop provides refinishing, reupholstering and home repair. Service cleaning and maintenance includes carpet cleaning and fabric protection. The company offers a personal designer to help assist each client with choosing the right gift, facilitating redecorating projects through one-stop shopping, floor coverings, furniture and finishing touches. ABC Carpet & Home provides overseas Shipping options for same day delivery and its own ABC Credit Card. The company s stores are located in New York City, Brooklyn, Riverhead and Bronx, N.Y. as well as South Hackensack, N.J. and Delray Beach, Fla. ABC Carpet & Home is headquartered in New York City.
BBB Rating
A+
BBB Rating and Accreditation information may be delayed up to a week.
BBB Accredited businesses follow the BBB Code of Business Practices and pay a fee for accreditation review and monitoring. Accreditation is not a BBB endorsement or evaluation of the business’ product quality or competency in performing services. 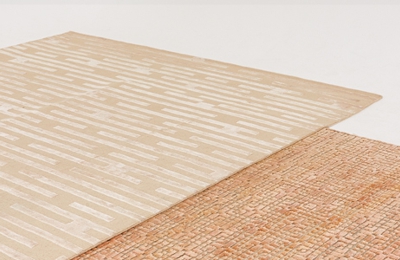 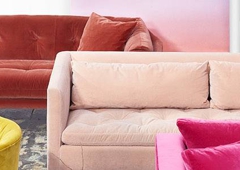 No matter what I contact Geico about, it is handled the way I would expect to be taken care of. Even when I can't figure it out, the Reps. are always egger to help and go far above what other insurance companies do. I have been with Geico over 10 years and plan never to leave. Not only are they great to deal with, they saved me 56% over Nationwide! THANK YOU GEICO!

Okay, so I made a purchase from the Conran Shop and then proceeded upstairs to ABC Home & Carpet to make another purchase. As is the case in NYC, it is difficult to haul things around, so I asked ABC to hold onto my purchases until I could come around with a car in the next couple of days, which they had no problem with. No biggie, right?

Three days later I came by with the car, and my friend went in and came out with a sales associate and all the bags, which they put in the trunk.

When I returned to the store to do a return (within the 10-day return period), I realized that one bag was missing. One of the bags from the Conran Shop never made it into my trunk. When I realized this, I asked the manager, Sarah, to come upstairs with me to find out what happened to the Conran bag. The ABC manager, Allan, said that he had seen a Conran bag sitting in their storage area for quite a while and that they would have to figure out what happened to it.

I wasn't able to do a correct return with the items I had purchased from the Conran Shop because 1) ABC lost one of my bags 2) The bag that was lost had the receipt in it so I couldn't do a proper return with the one item I had received, the very large chopping board.

For days I tried to chase Sarah down, by calling and leaving messages with the sales people and I also left a message on the machine. One week later, when I did catch her on the phone, she pulled the ""it's not my problem card"" on me, after she initially had offered to help. I found it incredibly unprofessional to give someone the run-around. Why would she offer to help and then complain that she had to help? In no uncertain terms, I said ""If you don't want to help, just tell me, so that I can go to plan B"". Then she said she conceded and said she would go back to ABC and try to find out what happened. I spent another week trying to get her on the phone and leaving messages. Two weeks had now been wasted, which makes it even harder to recover the lost items.

So not only did ABC lose my bag and receipt, Conran got the majority of the purchase back (in terms of value - I think the chopping board was about $200) and no one to this day has called me back about the lost bag, and Sarah has not only not returned my calls, SHE KEPT THE BOARD! So in the end, I paid $254. and I got NOTHING!

This is the absolute WORST experience I have ever had with a retail shop. These people are horrible. No one will give me the number to corporate so I can find someone who will help me, and yesterday, I had an associate HANG UP on me when I tried to get the corporate contact info, stating he was not ""privy"" to such information.

Also, Sarah at Conran Shop lied to me: She said that Conran and ABC were separate stores, but on my credit card bill, the purchase from Conran says ABC. Clearly not very separate. If anyone can help me find the owners and heads of corporate, I would really appreciate it!

This has been TERRIBLE and I still hope for an acceptable resolve.

Thank you, and sorry for the rant!

This store is close to robbery. Nice quality furniture, but way overpriced. I purchased a table (supposedly on sale for $5000). I saw the same exact table on sale for 2500 at another store. Boy did I feel robbed. I called to complain but my receipt said final sale so I was out of luck. All I would warn you is Don't believe their prices and shop around. Out of curiosity I priced a bookcase which they told me they would sell me for $12000. Same bookcase by the same manufacturer for $4900 at another outlet store. Be careful

The incessant fast talking East ASian salesman was a blatnat liar. Told me the $900 throw rug was habdnade in Pakistan. Had it cleaned 12 mos. later. Claener said it was a USA machine non-descript rug. Ganiffs if there ever were ones.

ABC Home & Planet is a gorgeous store-within-a-store with a purpose where aesthetic, design and sustainable production meet. Nestled on the third floor of this loft-like wonder emporium, ABC Home & Planet sources bed, bath and apothecary products from indigenous artisans and cooperatives from across the globe – India, Israel, Peru, Chile, Guatemala, Morocco. Their products range the eco-spectrum from organic and sustainably harvested textiles to hand-crafted artisanal and recycled/repurposed products.

All of the Home & Planet products tell a story – like the beautiful Bedouin embroidered patchwork pillows ($175) created in Israel, created by Jewish and Arab artisans working together from the bottom up; or the deliciously soft organic wool shawls ($95), colored in gentle, earth-toned plant-based dyes which replace the use of harsh toxic chemical dyes. Signs, images and social responsibility icon markings throughout the store add another dimension of storytelling, sharing with the consumer the multiple levels of benefit produced through these products.

It is this type of informed consumerism meets refined aesthetic that always brings me back through this souk-like wonderland, and makes ABC Home the New York design icon that it is.

Ok, so I just came from ABC in NYC (flatiron) and I cannot believe the prices they charge. I brought a beautiful chandalier from OVERSTOCK for $145.00 and I saw the same chandalier at ABC for $4,000. And, mind you mine sparkled so much better. I cannot believe they are totally taking advantage of consumers. You can find the same stuff elsewhere, of better quality and much cheaper. I think this place is like a museum...nice to visit but don't buy......

Although ridiculously over-priced this store has some very unique and beautiful things and I have spent a lot of money here. Though money is not a big concern for me I will NOT be shopping here again. I am disappointed that a store of their stature would not be doing their homework BEFORE THEY BUY for their store. I spent $2,000 on bedding and only 2 months later it looks completely thrashed. I am very particular about keeping my bed clean and do not even sit on it with clothes i have worn during the day. Not a single spot on there....BUT after washing a couple times yellow and brown sports have started to develop. AND it wrinkles within minutes of putting them on. I mean it's inexcusable that they would carry designers that are half a--ed that don't have the common sense to test their fabrics. If i am spending that much money they should last me a life time!!! I had hopes of making them a family heirloom to put my mind at ease about the ridiculous amount they cost...but now they will have to go in the garbage. Hate to say it but i should have gone to bed bath and beyond instead. On a good note - I did buy beautiful chargers for $120 a pop. Let's see how long those last :(

It never ceases to amaze me what people will spend (waste) their money on.
ABC made me feel like I was walking thru a labyrinth of thrift shops, yard sales and Urban Outfitter's ""furnishings? departments. But of course the price tags were 10 times higher.
I could understand if the items you sold were of amazing quality or uniquely beautiful but all I saw was over-priced garbage. For example, a ""chandelier"" (and I use the term lightly) that looked like some twisted wire hangers and a couple of crystals thrown in was going for $4,000. I kid you not! Throw pillows (made in NY) that were of your typical throw pillow look/quality went for $400 each!
Who is buying this?!?! If you are one of these people who doesn't know WHAT to do with your money, please, please, PLEASE donate it to me!

The store is returning to their special look by creating that wonderful Moroccan bazaar atmosphere on the first floor. Thanks!!! Those wonderful beaded lampshades are back too.

I do not agree that ABC should be number 1! True. ABC has an eclectic selection, however, the quality of their chairs, sofas, etc. are not always in good condition. When the furniture frame is falling apart and you're charging approximately $1000 for a chair, you're trying to rip off the client. That's when I chose to look at other stores. Other than that, they have a wonderful selection of items for the home. I love to shop at the warehouse in the Bronx.

ABC today is a sad ghost of its glorious past. 10, even 5, years ago one'd find a mindboggling selection of antiques, linens, bedding, modern furnishings, and gifts at this downtown institution. Hard times (I can only assume) have forced ABC to become a collection of boutiques that have squeezed out the rest of the previously available variety. We looked for down pillows and found one brand, awfully and confusingly packaged. The towels are now mostly Christie's (a great brand.) What's left of Modern furnishings is covered in layers of dust. Yet lots of space is given to rent paying (?) sellers, such as the boring Mitchel Gold furniture and the tacky Eziba shop. Come back, ABC!

After hearing so much about this store, I had the opportunity of visiting it when I was in New York. I can't believe intelligent people would actually pay the prices being asked for the junk in this store. The luxury linens are overpriced, and personally, I found a lot of the items in stores like TJMAXX, Ross & Marshall to be of better quality, the same or better. What they were asking in this store I found in Dallas, Florida and LA for a lot less. In order to show class its sad that one has to be stupid and spend so much for it.

Got a few good bargains at their DUMBO warehouse sale last fall. Prices are rather high rest of the year.