General Info
In House/In Office Moves, Residential and Commercial Moves, Load and Unload Rental Trucks, Visit us for storage and moving supplies
Email
Email Business
BBB Rating
A+
BBB Rating and Accreditation information may be delayed up to a week.
BBB Accredited businesses follow the BBB Code of Business Practices and pay a fee for accreditation review and monitoring. Accreditation is not a BBB endorsement or evaluation of the business’ product quality or competency in performing services.

BBB Rating and Accreditation information may be delayed up to a week.
Payment method
check
Location
Located In Metairie, Near Causeway at Jefferson Highway and Serving the entire Greater New Orleans metro area.
Other Links 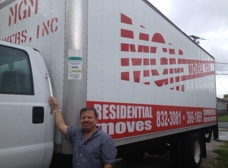 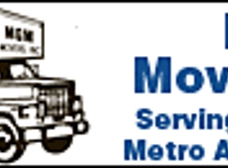 I had a complicated move envolving 4 locations. Mario and his crew were able to handle every piece for furniture some antiques without difficultly. My antiques were handled with care as well as everything else. I will use them again. This was only part of a large move.. Thank you for making everything easy.. even in the rain.

Mario and his crew were awesome! They arrived on time and never stopped hustling. They took great care with our belongings and nothing at all was damaged. They were polite, professional, and personable. They were a pleasure to work with and I would definitely use them again!

These guys moved all of my furniture including glass dining set , and glass coffee, and end tables, without no problems.I highly recommend to movers to hire these guys.

If I could have given these guys 10 stars I would have! MGM did a fantastic job. I contacted these guys at the last moment, as i was in a bind, and they were able to help. I must say they did not stop hustling form the time the began the move until after they were finished. These guys never took a break. I was amazed by the entire crew's work ethic. I am a small business owner, and I wish my team was even half as good as theirs. Mario is a pleasure to work with! Every member of his team had a great attitude! They were amazing. They may be a bit more expensive than some of the competition, but they are worth every penny of it! I have a lot of antique furniture and several thousands of dollars in fine crystal. Everything arrived in my new condo in perfect condition. I have never seen a moving team work so fast and so well. It was as though I was witnessing a well oiled, well orchestrated machine. Job well done, and I recommend these guys to everyone! GREAT JOB!

I needed to move ASAP and MGM movers was able to help me in my bind quickly and dependable. Will defiantly recommend to my friends.

I have used Mario's services for over a decade. He's always on time, and very willing to come up with solutions to make the move as easy as possible. Moving is always a stressful time, and with Mario's assistance it can be a breeze.

i have used the moving services of MGM Movers both professionally and personally for approaching two decades. Mario has always been very professional, flexible , careful and punctual with his crew and equipment. His rates are fair and his attention to detail is complete. His willingness to accomodate unanticipate difficulties is very much appreciated in any move. i have no hesitation in reccommending his company.

I had many moves co-ordinated with MGM Movers in the 20yrs I was in the Storage Business. Recently I co-ordinated a move with my immediate family member and

was quite pleased with the final results. The move went well, the right equipment

was used and no damage at all. I would continue to recommend and refer MGM

I needed a mover fast made several calls and Mario returned my call. Mario the owner of MGM Movers came over the very next day gave me a writen extimate a very fair price. MGM Movers showed up on time the very next day with his crew and a big moving truck all in excelent condition. The move was very professional my business was relocate to mobile AL without any problems Morio handled it personally. I would use MGM again thanks Mario.

These movers were slow and ineffective. What kind of mover doesn't bring a dally and carries boxes by hand? They made up all sorts of charges that were completely ludicrous and never made this information available or public until AFTER they had possession of my furniture. They were slow working on an hourly rate, and then later demanded compensation for the time it took to get to my home and back to their storage unit. While they had been aware for over two weeks of my address, they were calling for directions the morning of my move, only to add to their imaginary charges. Do not hire these people. It is a scam and you would be better off finding three paraplegic lawyers to do a more honest and effective job.