Serving California Home and Business Since 1974

General Info
For over 34 years, Stewart Heating and Air Conditioning has been providing heating, ventilation and air-conditioning (HVAC) solutions in the United States. Located in Pittsburg, Calif., the company specializes in the installation, maintenance and design-build services of commercial and industrial HVAC equipment. It offers a range of residential products, such as air conditioners, heat pumps, indoor air quality products, air handlers, furnaces, thermostats, evaporator coils and packaged systems. Stewart Heating and Air Conditioning is a North American Technician Excellence (NATE) certified contractor. Bryant Factory Authorized Dealer
BBB Rating
A+
BBB Rating and Accreditation information may be delayed up to a week.
BBB Accredited businesses follow the BBB Code of Business Practices and pay a fee for accreditation review and monitoring. Accreditation is not a BBB endorsement or evaluation of the business’ product quality or competency in performing services. 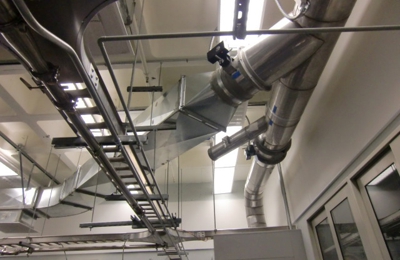 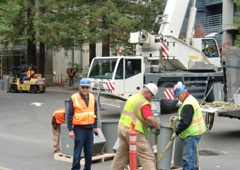 I had the original ducts works with the furnace installed 10 years ago.
insulation around the ducts were falling off. I was not sure there were any leaks. the Owner, Mr. Bill Stewart and his son came out. first they did a pressure test to make sure they were no leaks. they had to seal all the registers. the duct turned out to be in Ok shape. the boots around the register was rusting out. they had to call the sub contractor to remove the asbestos first before they could put on new boots. they wrapped around the ducts with new insulation. i saved thousand of $ to keep the old duct works. I am very happy with the service they provided. I would recommend Stewart Heating to any body who need AC and Heater repair at their home

Chad was our serviceman today. He was on time , very informative, friendly, and did a great job of servicing our air conditioning units. My husband and I would highly recommend Stewart Heating & Air Conditioning, and Chad.

Stewart Heating and Air repaired my air conditioner. They did a fantastic job. During the first heat wave these guys were busy but found a way to fit me into there schedule. From the friendly person in the office to the technician that cam to my home. I was completely satisfied with there service. I have referred them to a friend of mine and will use them again.

One of the installers highly touted Stewart Heating and Air. He had worked for a larger company that had dishonest management that sold inferior equipment. He said Stewart was a good company and was glad to be on board a business that is fair with customers and employees and has good business ethics. That said volumes about the company...

You won't be disappointed. I highly recommend Stewart Heat and Air!

Several months ago, probably December 2007, I called Stewart Heating & Air when there was no heat coming through the vents. A friend had seen a flyer in the newspaper and that's where I got their name/number. Our central heating & air system had been installed a few years ago by some other vendor. On the very same morning I was expecting Stewart H & A, my water heater stopped heating & sprung a leak! Yikes! The tech replaced the thermostat & some other parts which took care of the lack of heat, then called in someone to install a new furnace. Both provided very good service. I signed up for a monthly plan which provides bi-annual inspections as well as % off services/products. Last week Stewart H & A came by to inspect the air conditioning and I learned that the "unnamed vendor" had not properly sealed the ducts in the attic when the new system was installed, and that we were lacking adequate insulation in parts of the house. The tech from Stewart H & A brought our air system up to spec and then assisted by calling a company to complete the duct work, and also someone to handle the insulation. He was able to get both of these coordinated so that I did not have to take more than 1 day off work. I have been impressed with the level of service, they were on time so they didn't waste mine, the professionalism of all the individuals who have come to my home - both Stewart H & A and the sub-contractors they employed. If you've got to lay out hard-earned money, you deserve top notch service! I truly believe that Stewart Heating & Air gives just that. LPT 4/30/08