Hector S.
"Kept me out of jail, and put me on the right path to recover my license, could not do it without there assistance to coordinate and consolidate all my traffic ..."moreviolations."less 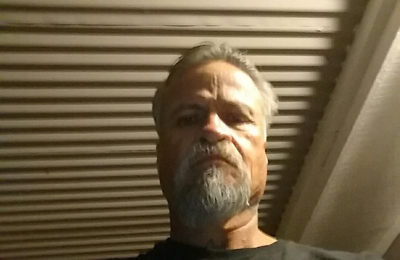 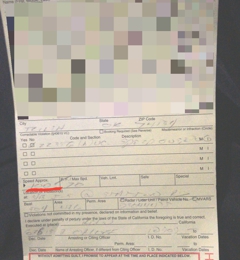 I had received a speeding ticket April 2019. I had requested the court date pushed out as far as possible. The case was dismissed as the officer didn't appear. By 12-18-19 I received a full refund of the court fees, direct from the court. The fee charged by the attorney was well worth it. The person I had the most contact with was Robert, but everyone there was always very professional and responded in a timely manner to all of my inquiries. We were extremely happy with their service.

They saved the day again. Can’t thank them enough. Rick Washington state. Will use them again for sure!!!

Kept me out of jail, and put me on the right path to recover my license, could not do it without there assistance to coordinate and consolidate all my traffic violations.

Despite the fact that they are very busy, their responses are always fast and friendly and helpful. They keep the best interests of their clients in mind.

Thanks to traffic ticket attorney my speeding ticket(100 mph) got dissmissed.
Excellent job! This firm is awesome!

I was pleased with their effective and immediate results. Thanks to traffic ticket attorney, my husband didn't have get any points deducted. Would definitely recommend to others in the same situation.

From NJ. Traffic Ticket Attorneys were absolutely professional, expedient and easy to work with. Kept us informed each step of the process. We needed representation for speeding tickets in San Luis Obispo and Marina - one dismissed and the other eligible for TS. Very pleased with everyone we worked with! 5*****

This firm is awesome! They did a excellent job in helping me to fight against for speeding tickets(100 mph).Thanks God the case was paid fines without any pointHighly recommend and wont regret.

Your company did an amazing job handling my case and was able to deliver for me at the very last second. Excellent communication.

They made my speeding ticket get dismissed!!! I recommend these guys to everyone!!! There was no hassle. Best of the best!! If you’re in a pinch call these guys!! Hella happy that they cleared my driving record!

This firm is awesome! They did a wonderful job in helping me to greatly reduce my traffic tickets. Very friendly and helpful people. They are helping me from last 3 year’s. Highly recommend them.

Thanks wiley ramey traffic ticket attorney , Judy, Rober and Jessica help me settle a case for me They work hard ,do everythin, went to court without me . excellent ,efficiently job done. my case is dismissed .no point, no record. good communication and nice. I drove car from Ukiah to S.F by the time I got speeding Ticket .They take care of my case ,professional ,polite and more.I will difinitely recommend to friend and family, best attorney in Towm

Called to inquire about some outstanding traffic tickets was told they only do recent tickets not old ones and was hung up on! Extremely rude !!

Hi Monica. We sincerely apologize if you thought that our staff was rude. I want to let you know that we have been defending all types of drivers for all types of traffic-related matters with over 30 years of traffic ticket defense experience—probably longer than most attorneys in the country. We only use local attorneys and we cover most states nationwide. Your tickets were in the state of Texas and we recall that you had about 8 or 10 of them with lots of court costs. Your license was suspended and on hold. We informed you that you need to call the court and find out the total court costs or bond fees are required. You have failed to appear or contact the court on any of your tickets. We suggested that you start with calling the court clerk on all your tickets and you became annoyed that you were required to do that. The problem with the state of Texas is that for older tickets they are not financially cost-effective for the driver because the courts require older tickets in failure to appear and warrant status like yours to be bonded out or the court fines paid in advance whether you hire an attorney or not. So, you would have to pay all the court costs up front and our attorney fees. We inform all drivers with your situation, and we informed you, that our fees are usually equal to or more than the court/bond fees. We get a lot of drivers with your situation and we are honest enough to have informed you that we do not take older cases. We also informed you that other attorneys may represent you for your older tickets but that we do not and our conversation ended. Again, we sincerely apologize if our staff seemed rude. We do have the highest standards and our mission is to provide the best client services. We hope that you were able to resolve your older numerous arrest warrants and failures to appear.

This listing has been claimed by a business representative.
Helpful(0)ShareFlag
Jeffrey S.

I would recommend Wiley Ramey from Traffic Ticket Attorneys to anyone who has a traffic problem. He does what he says and it's fast and prompt.

The attorneys and staff at Traffic Tickets Attorneys are A1 and get the job done. Julie is attentive and has ambition to cases presented to her. I was issued a ticket in Madera,CA for driving in the middle lane of a three lane highway, in a commercial vehicle . The highway has current construction and lane closures going on, merging all vehicles into the middle lane. The California Highway Patrol also had three squad cars on the right shoulder of the road conducting a pull over, which was my initial reason for merging into the middle lane. No sooner as I merged, flashing lights were in my mirrors and I was pulled over. I knew I didn't deserve the ticket , and wasn't going to allow the Highway Patrol to just roll all over me. As soon as I received the ticket I was determined to fight it . Only a fool has himself as an attorney so I hired the good people at Traffic Ticket Attorneys, whom I deem as advocates as well to being attorneys, to fight for me. Traffic Ticket Attorneys got a full dismissal 👍.

I had a ticket and my attorney fixed my problem right away and I didn't have to pay for my ticket. The best attorney in town!!! Will recommend to friends!!

Unprofessional and rude. Don’t waste your time. No one answered. But I was immediately called back by a bro who sounded like he was eating. I didn’t leave a message inviting him to do so. When I explained that the ticket was more than my rent and I was unable to pay and was asking for his PROFESSIONAL opinion as a lawyers regarding options he said, “ Well my question to you is why don’t you just pay?”

They are very good at traffic violation cases. I and my friends from my company got help from tham and we got helped in very professional way. Thanks alot to tham for keeping my licence safe.