Dream In Color-We Will Exceed Your Expectations!

General Info
Progressive Painting, Inc. is a Seattle based company that is dedicated to its customers. We pride ourselves by exceeding our customer's expectations with our quality and attention to detail. We have the expertise and experience to accomplish the most intricate paint application or we can apply the finishing touches to your simple remodel. We strive to build relationships with our customers by earning their repeat business and their referrals. Our customers are our business. We also provide consulting and trouble-shooting services to your customized project. All of our equipment is carefully maintained to ensure safe and reliable work progress. Ask about our manufacturer's lifetime written warranty. Call us today for a free estimate!
Hours
Regular Hours
Logo 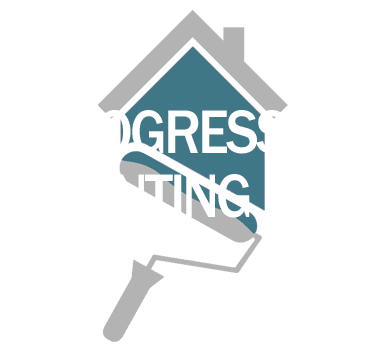 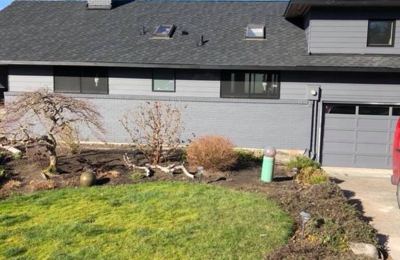 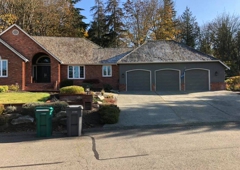 As a Real Estate team, we use Progressive Painting for all of our clients. The finished job is by far the best we have seen. When listing a home, we need every advantage to get top dollar for our clients, these guys have done that in multiple occasions. I have never had a cancellation or a no show as with some others. The team is clean and there when they say they will be. They don't cut corners or use cheap products. If there was 6 stars, they would get it.

We just had the exterior of our home and garage painted by Progressive Painting. They had previously painted/stained new wood windows inside our home. EXCELLENT work in both cases. Their attention to detail, reliability and cleanliness were commendable. We will use them again when the need arises. Highly recommended!

Working with PPI has been an amazing experience. They painted our entire house and refinished our deck. Kevin came out for a quote within a day of our initial inquiry and let us know when we'd be on their schedule (about a month and a half out) - but then there was a cancellation, he called, and his crew was here working the next day. Very nice and considerate crew. Very clean and efficient. The result looks so amazing and we're beyond happy with. We will absolutely be recommending PPI to anyone who asks!!!

Fantastic work. Crews were careful to not drip paint anywhere, they exercised great technique and their attention to detail is impeccable. The finished product looks amazing. We are very pleased with several projects completed. We will definitely be using Progressive Painting Company again in the future.

Wow, Progressive Painting just exceeded ALL of my expectations!!

Over a year ago, I emailed several contractors for a quote to re-stain our fence (my dear husband had basically ruined it - not the handiest of guys...) Kevin came over the day I sent the email and advised me to wait another year. Not knowing whether I would choose his business a year later, he still gave me his honest and professional opinion to wait another rainy season before tackling this project (something to do with the length of time the stain was on the fence, not sure, but anyway...) He won my business then and there!

So the year passed and when I contacted Kevin, he once again came by right away to give me another quote - and to my amazement, it was a little less than he originally quoted the previous year! More than fair! He was easy to schedule with and we got the project going soon after we spoke.

When Kevin and his employee showed up to work, they once again blew me away. They were SO professional, SO polite, SO kind (to my husband and I, both of our pugs AND our little baby boy) and they did an absolutely incredible job. All of the neighbors were commenting on how hard these guys were working and everyone is amazed at how gorgeous the fence looks. It seriously looks like we got a whole new fence!

I will 110% be calling Progressive Painting again for any future projects and would encourage you to do the same! I rarely write Yelp reviews, so this is truly a company that made a great impression.

I can't say enough about Progressive Painting! We hired Kevin and his crew to come paint the interior of our house and do some drywall repairs that the former owners left us. :( Their team made our drywall eye-sores a thing of the past! Our house looks like a brand new house!!

We had several bids and Progressive Painting was the most fair! Not to mention they were able to complete the project in 1/3 of the time!! I would highly recommend this company to friends and family!

You will not be disappointed with this team!

i highly recommend progressive painting inc. customer service is excellent. everything was handled professionally from beginning to the end. the crew did a super job with the painting (very detail-oriented) and left the jobsite spic and span. everything was done in a timely manner.

When I decided to paint the outside of my house, it was already mid-Sept. I was worried that whoever I picked wouldn't get it done in time, but Kevin and his crew were at my house every sunny day...and as long as there was daylight they worked. They got it all done before the winter rains. It looks wonderful! Not only am I happy with it, but all of my neighbors come up to me and tell me how good it looks (and some of them are the picky neighbors that don't like anything - HA!)

I would not hesitate to use Kevin again and I would highly recommend him to any of my friends. He will not be the cheapest, but he will far exceed your expectations for the price!

I am writing to amend the glowing review that I posted for Progressive Painting last year after the company painted the exterior of my house. After hiring Progressive to paint the interior six months ago, I no longer feel comfortable recommending the company. Although Kevin is a super nice guy, easy to reach and easy to work with, I am finding that his work, both inside and out, is not holding up and reflects a lack of attention to detail. Specifically, my front door, which was painted a bold color, shows significant streaking. Wallpaper seams were painted over unprepped and are beginning to show through after only six months. Areas of baseboard and livingroom wall were left unpainted. Hairline cracks are emerging in several places. Old paint and caulk that could have been scraped or replaced prior to painting were simply painted over, resulting in a bumpy, bubbly appearance. Progressive works fast, which one might consider a virtue. Unfortunately, the quality and durability of the work seem to suffer as a result.

I am very concerned to read the new post by jgross. Owner acted as her own general contractor and hired several trades to do the work around her house. My company spent a lot of time, over several months, working on this project. Many of the issues that customer expressed were not due to the work of Progressive Painting, but the drywall contractor hired to re-texture walls. The wall-papered wall, which already had a coat of paint, was not re-textured by the drywall contractor per owner’s direction. This problem would not have occurred had she allowed drywaller to re-texture. Through no fault of Progressive or the drywall contractor, owner consistently requested re-bidding of the original scope of work. To cut costs, she eliminated detailed work that would have provided a more finished outcome, and often changed her mind after work had been completed. Progressive bent over backwards to accommodate this customer. As far as the door and the trim that was not installed, owner was to contact Progressive when all trades had completed their work for us to return and repair the door and paint the new trim, but she did not.

This listing has been claimed by a business representative.
Helpful(0)ShareFlag
blossom41

I highly recommend Progressive Painting to anyone who wants a great painting experience. Kevin and his crew are professional and neat. I didn't know exactly what paint colors I wanted to paint the interior of my home, so Kevin worked with me to come up with a color pallet that I love! I have told all of my friends and family what an awesome job he does and I will use him again.

The work that Kevin and team did was awesome. I am extremely satisfied with the quality of their work, attention to detail and flexibility. I thoroughly trust Kevin in my house without me being there and plan on using him for other painting jobs. I highly recommend Progressive Painting.

Kevin and his crew did an amazing job on our thirty year old house. It looks brand new!! The recommendations on color and type of paint helped us to make the right choices. We will certainly use him again.. this time to do the inside of the house!!

Kevin did a fantastic job for me. He was able to help with color and design suggestions. I would recommend Progressive painting to anyone who is looking for a professional experience and exquisite craftsmanship.

Progressive Painting Inc. lives up to its business slogan: "Exceeding our customer's expectations."

The service provided was very professional. The finished job was excellent. His crew worked efficiently and left the working area spotless.

I was so pleased to find someone with knowledge and professionalism. Kevin painted both the inside and outside of our home. Kevin and his crew did a fatastic job. Has an eye for detail & colors. He does a class act job from start to finish. Thanks Kevin for turning our home into a masterpiece.

Kevin has done numerous painting projects in our home. His work is top rate. He is very professional, prompt and cares about the quality of service he gives. I would HIGHLY recommend PPI to anyone looking for a painter.

I was having a terrible time trying to find the right color of green for my living room. Because of lighting in the room the color swatches never looked the same on my wall as they did in the store. I contacted Kevin and he immediately picked out the perfect color. Kevin is very professional and his quality of work is exceptional.

The service and finished product were amazing. PPI painted my inside and outside of house. It's too bad we don't live on a main street to show off the beauty...

progressive painting. a pleasure to work with. kevin is very knowledgeable on painting details and of types of paints to be used, always on time and detailed on his work. i would highly recommend to anyone needing a paint contractor, business or private.

They helped me pick colors that I liked and worked within my home owners association rules - the result is I have the best looking house in the neighborhood.