Nationwide- We've Got You Covered

General Info
We offer several transportation solutions to meet your shipping and hauling needs. Choose the option that best fits your applications: Freight shipping: We provide freight shipping for loads of various sizes. Solutions such as trailer shipping, drive-away services and hotshot trucking are available for domestic and international transport. Heavy hauling: Our heavy equipment hauling services include transporting oversize shipments. We map out the details of these shipment plans and obtain pilot cars when necessary for improved safety. Receive your heaviest shipments on time with our heavy hauling services. Auto transportation: We offer auto transport solutions for cars of any size. You can choose between drive-away and trailer shipping services. Wherever you need your cars to go, we can get them there. Our auto transportation service areas include Alaska and Hawaii. Drayage: Our drayage services are ideal for transporting freight across a small distance. Connect with us about using drayage solutions to transport freight from one local job site to another, across state lines, around the country or even overseas. Super load/break bulk solutions: Move construction equipment, farming implements and other machinery using our super load and break bulk transportation solutions. International export: Our port-to-port transportation options are available for any vehicle or piece of equipment. Nationwide Transport Services can also assist you in filling out customs paperwork. Our dedicated team of export professions makes the process easy. Agriculture equipment and commodity transport: Industrial agriculture companies and farmers use our agriculture equipment and commodity transportation solutions to bring equipment to their farm and export commodities. Power-only transportation: If you supply the trailer, we can haul it. Nationwide Transport Services will find the best driver for your route. Plus, a transport specialist will take care of the paperwork you need to haul your trailer.
Hours
Regular Hours
Services/Products
Other Link 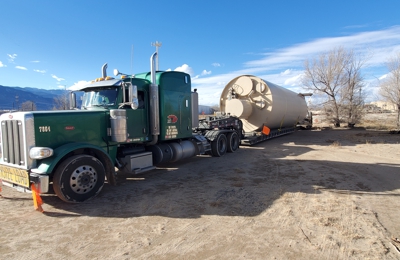 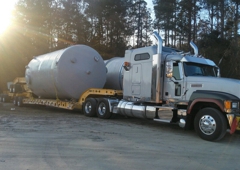 I've used Nationwide several times and have had good success.

Great price, wonderful service. Janelle was on top of it all the way. Never any doubt that my shipment was going to arrive on time and ship shape.

The rate said that they would ship my car to Wisconsin for $850.00 with in 5 days. Not a problem. After 5 days no contact I called and was told that they needed an additional $150 to get it done. After I agreed to another $150 The car was shipped the next day. No damage very dirty but great shape. .

This company came to the rescue when another company failed to show up to transport my car from Northern CA to FL. They found a driver in less than 24 hours who showed up when he said he would. I only had 2 issues & both were related to communication between driver-dispatcher & me. The 1st was their request that I drive my car into a very dangerous neighborhood to meet the driver to pickup my car. I called & explained that there are many safer & easier to get to places for both the driver & me. She then sent me a 2nd location also in a marginal area. I tried to explain but her English wasn't up to the task. I then received a call back from someone else who quickly agreed to meet me near my home with easy access for the driver. The 2nd failure in communication was when the driver did not show up on the day he had promised. Nor did he show up the next day so I waited at home for nothing. Finally on the 3rd day in the afternoon,, the driver called to say he would arrive within an hour. When I asked him about the delay, he said his water pump went out & he had to get it replaced. I understand that things happen, but I would have appreciated a call or text. Car was 🙂

I highly recommend this Nationwide Transporter, especially Jay Hays! I use them several times a month, and have been working with Jay on my freight needs for a couple years now, and I have never been let down. They go above and beyond to get my loads handled!

After having a horrible experience with Bargain Auto, failing to deliver any results, I reached out to Joe. Everything was explained in a concise manner with service results within 2 weeks of my initial call. Thank you for ensuring the transport of my Suzuki from Oregon to Chicago!

Dealt with Jimmy on my move and the driver Rob was great too. Everything went real smooth and I will recommend them and use their services again.