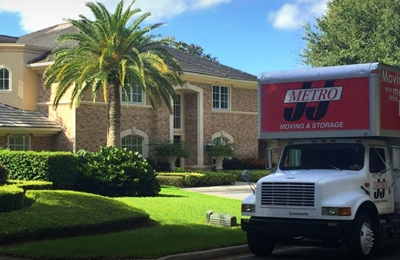 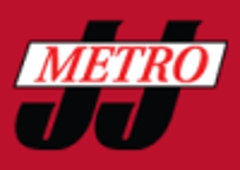 Bait and switch, quotes one price and then over charged 100.00, call to resolve and Jason was rude and screaming over phone Run do not use this Company. Read other reviews as well, BAIT AND SWITCH.

WOW, what a great experience moving with J&J Metro Moving we had. From the initial call to get information, to setting up the move to the actual move itself, they over delivered every step of the way. We highly recommend this company!

I hired J&J Metro moving twice in the last 2 months. I have never hired a mover before but when we had to move offices I was tasked with finding someone. I have heard nothing but horror stories about moving companies. The moving industry doesn't always have the best reputation and that made me very cautious about the company I hired.

I called into the office and spoke with Jason about what I was trying to get done. He walked me through the process from pick up to delivery. He explained they would take extra care of my glass items and that they would be able to fully dismantle and reassemble any of the furniture that needed it. That was a relief! After talking to a couple of other companies in the area I decided that I would hire J&J based on the conversation and the way they made me feel like they could get the job done with no hassles. I still have to do my regular job, I didn't want to worry about whether or not they could do theirs!! These guys were great... period.

I have read on here a few bad reviews mixed in with great reviews of J&J Metro. All I know is I hired them and could not have been happier. Everything from requesting an estimate from their site, getting a call from their staff, and then having them complete the move for me could not have gone any better. The people that wrote the bad reviews it is literally like they are talking about a different company. This moving company is the best. Thanks again, and I will be sure to use you again as I usually move about every 24 months.

I had my move yesterday and J&J Metro did a great job. The 3 guys they sent out did an outstanding job. The price was a little but more than some other companies that gave me estimate but in my opinion was well worth the extra pennies. Not only did they movers do a great job, they were fun to be around. They all got along great, and helped "lighten up" the mood for a stressful day. Thanks again.

I used J&J Metro for my move on Friday and I was very pleased the way that the men handled the job. My new home has a stairway from hell and these guys acted like it was a walk in the park while taking my large master bedroom set up those stairs. Nothing was damaged, but I will say they do a lot to make sure damage does not happen. They put down red runners on the entry way floors and the stairs, they put blankets on the doors, and the banisters, and used cardboard on the landing to protect the hardwood floors there. These guys definitely know what they are doing and you can tell they are professionals. Not just some guys doing this while they find a better job. Thanks again. Mike

J&J Metro moved me into my new home on Tuesday. I was in a 2nd floor apartment in Ocoee and just moved to a small 2 bedroom home in Sanford (Lake Mary area). I originally called and spoke with Neil, he went through a series of questions regarding both of the locations as well as exactly what I was moving. The call took maybe 6-7 minutes from start to finish and at the end of the call he was able to give me an exact estimate of costs based on what I had moving. He then emailed me an estimate so that I had it in writing and outlined all of the items, the addresses, and a full outline of the costs. After calling around to several other companies and after talking to several of them they just wanted to give me a well most 2 bedrooms take 2-3 hours and our hourly rate is blah blah, and you are charged whatever it takes plus truck charge, fuel, etc. Although J&J Metro does still charge what they call a travel time, and fuel, as well as an hourly charge they actually tell you exactly how long

The owner,Gary called me yesterday & informed me that he had terminated the rep who had contracted with me for my move & would not honor the written quote.When Gary called, he informed me that he had terminated the rep for "taking his commissions & giving low quotes to clients such as mine".As a result, he would not honor my written quote. Gary was extremely rude & said "Oh well, I have a business to run & payroll".He stated that he did not care that his Manager had provided the written quote.I am shocked that a business would not honor a written quote emailed several times to a client.His tone was very disrespectful which was shocking given he was backing out of an arrangement with me.He even said that it wasn't his problem & that I had more than enough time to find another mover!I have never written to the BBB or written online reviews but felt compelled to do so regarding this company as I hope that they are never allowed to do so the same to another client and leave them in a bind.

WARNING: Bait and Switch scammers. We mistakenly trusted a verbal phone quote for a reasonable price. The phone quote was in fact a purposely vague and rambling statement of costs per hour that my trusting spouse reasonably interpreted as a firm bottom line. They never provide a written quote or list of services to be included even at the time of loading. Once they took passion of the property they hit us with a bill for three times the original proposal. They then informed us that the revised quote was only for the pick-up and storage. We would have to pay again to have the items delivered. Now five times the original quote and more than the actual value of the items in storage. They then resorted immediately to the threat to keep our home furnishing until they were paid in cash. We are working people and will be seriously hurt by having stepped into this trap. Their behavior is exactly in line with the behavior of the worst characters in the moving industry.

I'm almost no for composing reviews but after i received some sort of card by J&J Community asking me to complete it, I just had in order to. Start in order to complete they did a fantastic job and also came in under the estimate. GREAT employment men!

I recently used JJ Metro Movers to move my dad into a retirement home. The home recommended them so first off I felt good about that. When I called them I knew why they were recommended, they answered the phone, gave an accurate estimate, and then provided a great packing and moving crew. They made a day I dreaded, moving my Dad out of his home he had been in for 47 years into assisted living, manageable. My Dad is happy with his new home and I am happy with JJ Metro.

I found J&J Metro Moving to be real professionals. From my first contact with them on the phone to the end of our complicated move the did a top notch job. I was particularly impressed with Susan in the office, she knew what she was talking about and made it easy to understand. I would highly recommend them to all of my friends and business associates.

What a great Moving and Storage company... best of the best.

Need something moved? Call my friends over at J&J Metro Moving and Storage. I highly recommend them after using them 4 times now. Great people.

Don't think about it twice, if you need to move, call JJ Metro Moving, they do it right. They give you a fair price and then make it happen. Nice family business.

We used J&J Metro Moving and Storage for our recent office move. They were very careful and acted very professional. Everything even made it with NO damage. Good job guys.

Making the decision on who to hire as a mover was not easy for me, there are so many. I am so happy with the one I used. It was JJ Metro Movers, Super crew who made the move easy. These guys know what they are doing.

Simply put - J&J Metro Moving - you are the BEST. Thank you for the wonderful job getting my Mom moved into her new home.

JJ Metro - From the first phone call to schedule my move, to the booking of it, to the actual move, every thing was perfect. Thank you for your professionalism and for your care with my prized possessions, I appreciate it. What a pleasure to work with a company who cares about it's customers.