Call Us before you buy anything!

General Info
Guaranteed Heating & Cooling is the most reliable Grove City Heating Cooling services provider. Turn to Guaranteed Heating & Cooling for technical expertise, customer satisfaction, and Carrier systems that are second to none. Serving Central Ohio for over 12 years, we'll make sure you're as comfortable with us as you are with your home comfort system. Call us today! We Offer: Factory-Trained, NATE-Certified Technicians Residential And Commercial Licensed, Bonded And Fully Insured Lifetime Parts And Labor Warranty* 24 Hour Service
Email
Email Business
Business History
As a full service Columbus OH heating contractor, we focus on gas furnaces and central heating system products that work right the first time. When we sell Carrier products, we are confident that we can provide the best comfort, lowest operating cost, and longest service life. In addition, Carrier offers some of the heating industry&apos;s best furnace warranties and cash back rewards. Many homes have heating problems. The homeowners sometimes think they &quot;just have to live with it&quot;. In many cases, solutions can be found! Between variable speed furnaces, zoning, proper humidity, and HVAC controls that are easy to use, most common home heating problems can be solved.
Logo 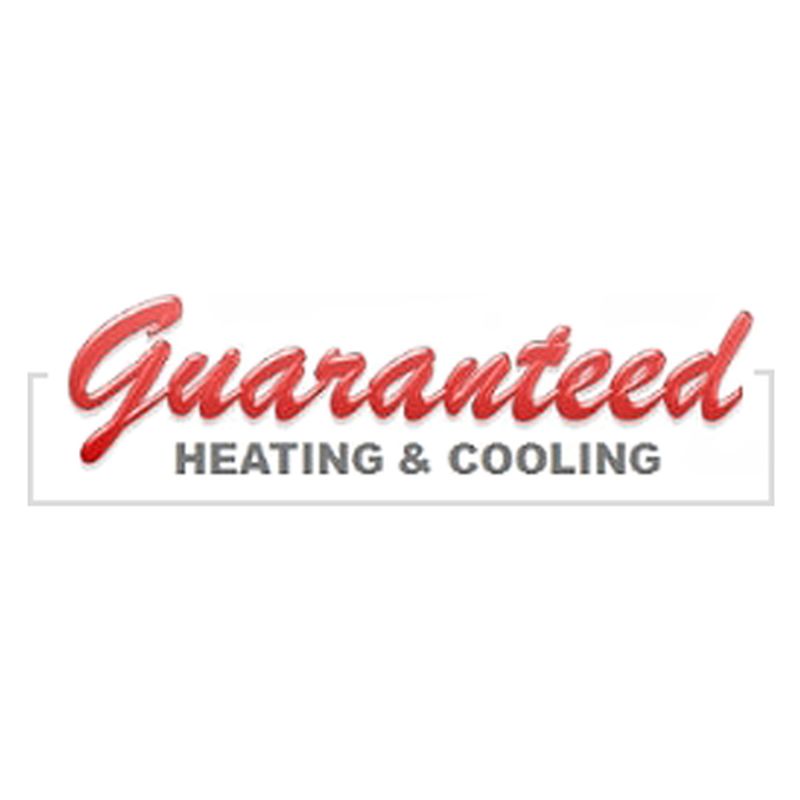 I called last night at 10pm and they were out at my house by 1:30 this afternoon. They were coming out to give an estimate to place my a/c unit. Ben was professional, polite, informative and efficient. He was here for less than an hour and had my problem fixed and saved me thousands of dollars on a new unit! I will be using these guys whenever I have a problem with my hvac going forward. They're reliable, dependable, and have integrity! My kind of company!

Our AC wasn't working very well for the first hot days of 2015 so I called Guaranteed since they were local. They were able to fit me in the next day (saturday) which I thought was great since my home warranty provider couldn't send anyone until the middle of next week. A soft spoken technician came to the house and inspected the furnace and the A/C unit outside and said everything appeared fine minus some low freon. He also brought some other things to my attention that could be effecting my home's cooling efficiency, i.e. roof insulation settling overtime, the size of the my A/C unit vs. the size of my home, blinds, windows, etc. There are apparently a number of factors that go into keeping a home cool that go beyond the A/C unit. I sincerely appreciate the additional info he passed on to me. Anyway the freon seems to have solved the problem and I'll definitely keep the other things he mentioned in mind to make my home more efficient. I will definitely call these guys again for service.

Our furnace was out and it was -13 degrees outside so we were desperate, AHS assigned Guaranteed Heating and Cooling for the job. I received a call from one of the technicians named Andrew Tichenor and from the very beginning he was bad. He showed up in a car (no spare parts) not a van and when he walked in from the snow he had no shoe covers nor wiped his feet. He didn't even greet me. I knew the problem was a bad Furnace blower but it took Andrew a half hour to some up with the diagnosis. He proceeded to leave my house with the entire blower assembly. He came back 4 hours later and installed the new unit and when the furnace fired up, you could hear a loud 'whine' noise like an alarm. We asked him about it and he communicated that he heard nothing, our furnace was old and bad (even though I get it serviced twice a year but he didn't know that) and was very rude to my wife and I. Due to the loud whining sound we couldn't sleep when the furnace kicked on, so we called AHS and I called the owner of Guaranteed, Ben. It was a terrible experience. AHS dispatched a second try for Guaranteed and Ben did come out and was very personable, it took him 15 minutes explaining to me what he thought the problem was. And yes, he heard the loud whining sound. He brought us a new blower motor (we weren't sure if the blower motor from before was installed correctly, used one, new?). Ben installed the new blower in my house, was very professional, and when he fired up the furnace, it was very quiet. So I thank Ben but we still have a very bad taste in our mouth on how Andrew Tichenor was so unprofessional and had poor customer service. We believe he did not know what he was doing and installed it improperly. All he needed to do was acknowledge the problem and fix it like his boss but he was a poor service technician.

WOW! I am completely impressed with the service that I received. They were able to come out the very next day! Like the review below, I too was a little concerned about the price/pound of their coolant, however their service call fee and other fees were lower than anyone else I found, which made the overall price for repair extremely affordable! My technician, Ben Dunigan, was fabulous! He was very promt and polite and really knew what he was talking about. I will definitely use Guaranteed Heating and Cooling for any of my future HVAC needs, and highly recommend them to others!

Guaranteed Heating And Cooling out of Grove City is completely unethical. The price they are charging for freon is CLEARLY price gouging. So far we've called 7 other providers (and heard anecdotally regarding an 8th) and they charged us TWICE the next highest rate. When we called to complain they were completely rude and said "Sorry, you approved the price we quoted." Please do your homework before considering Guaranteed Heating & Cooling. I did not and have now found numerous complaints regarding their shady practices. I would not recommend Guaranteed Heating and Cooling to anyone

I do drywall and was working at a job where they were installing an A.C. unit for the people there. I know that service guys like plumber,electricians, A.C. HVAC, and painters, etc are usually rough around the edges and crass at times but not these guys. When our AC system started acting up I called them up, because i remembered how well they had treated the client for which I was also doing work for. They treated me with the same respect and professionalism that they did for them. They replace a coolant coil which had ruptured, and where in and out in no time.

The AC unit in our guest house finally gave in last summer, and the summer is almost around the corner...so I called around getting different quotes for the job. Guaranteed Heating &amp; Cooling had the best price by far and they were also very understanding of the limitations of the times they could work due to the fact that I work, and can't be there all day except the weekends. They did a great job, and now we'll be ready for the summer.

My heater broke down last month, and with the crazy weather we've been having I wasn't sure if we would need it anymore but it looked like we would. I called Guranteed Heating because our neighbor told us that they had done a good job on a house that they rent out in another part of town. We called them. They came promptly, on time, and had a diagnosis in no time. They came back the next day with the parts they needed to replace, and everything was done by the end of the day..they are great.

Always on time, extremely professional, friendly, and honest, which is equally as important to me as the quality of the work. They came out back in December to repair my furnace for me, and just came out this morning to get the AC up and running again before things warmed up for the summer. Fast working, efficient, and got the job(s) done at a great price. Heavily recommended.

So go figure, it hit 90+ degrees in the beginning of June and our A/C breaks. Fun times.

Naive me thinks that I can call a repair person and get same day service. We called a total of 15 places and found that it would take anywhere from 4 days to 3 weeks for someone to come out. So we went with the 4 day people.

So after me, my husband, and our 2 big dogs had to shack up at my parents house for 4 days, we came home this morning for our appointment between 9-12. Since I am used to waiting for the cable company for their 4 hour time slot - I set up for a long hot morning at home.

To my surprise - the repairman called at 8:45am and said he was on his way and he showed up at 9:05am. Turns out it was just one part that needed to be replaced and it ended up being a quick fix. He went out of his way to check the remainder of our system, and then called Carrier to find out if our part was still under warranty - which it was! So we just paid for the visit and labor.

Of course, our air conditioner stopped working on what feels like the hottest day of the year. Randomly called this service seeing the one review. I left a message and got a return call within an hour. He tried to help us diagnose it over the phone. He was helpful and friendly, and then came to our house within the hour. The solution was simple, but his service fee was still very reasonable.

I have used Guaranteed Heating & Cooling a few times now and have never had any problems. I can't be happier with the services they have provided.

Thank you. James and I couldn't have made it (stayed warm) with out all your "Big Hearted" help. Be blessed.