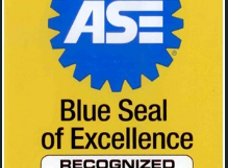 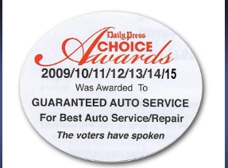 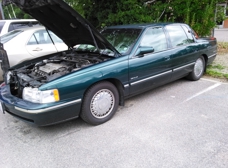 Wonderful people! I am definitely coming back here

I was using another business, where Cindy was the manager. When she left there I followed her to Guaranteed and I am glad I did! They are always good about explaining the problem so that you can understand it. Cindy and the rest of the staff are courteous, friendly and professional. I have recommended them to several friends so far, I will continue to recommend them.

As a navy guy I never expect too much from companies right off base, this place proved me wrong! I have never been treated so well before at a business. I was offered a cold soda as well as free snacks while I waited in a very clean and comfy waiting area. I only did a vehicle inspection but it was the best all around experience at an auto shop I’ve ever had and now I’m a customer for life. From calling you by your first name to not trying to sell you something you don’t need, these guys make you feel like family. I cannot reccomend them enough. Plus free shuttle service!!!

I am a recent transplant from Illlinois to Virginia. My car started making a horrible noise and lights came on. I knew I had to find a place that I trusted. Review convinced me to bring her here. I brought her in at 7:30 am for a diagnostic. They were able to tell me what was wrong within maybe 15 minutes! They found the part that I needed and I was back on the road by noon! They even allowed me to borrow a car so that I did not have to stay at the shop! Best customer service I have had out here! No other shop will be allowed to touch my car. These guys are genuine. If your looking for a shop that are down home guys who know what they are doing and won't RIP you off...GO HERE!

Guaranteed totally lifted the stress right off my handicapped self !! They totally saved my day , were prompt , courteous, professional, and got my day right back on track . I highly recommend them . I know they will be our go to Auto Service Company . Thank You GA

I can't say enough great things about Guaranteed. We've taken our vehicles to them for a number of services and they are always very thorough. I had to take all 3 of my toddlers there while my van was serviced and all of the employees were very helpful and accommodating. To say we are satisfied customers is an understatement. We will recommend Guaranteed to all of our friends and family.

I came to Guaranteed Auto Service about three months ago and I was not a happy camper because my Cadillac had been in a collision and had completely stopped running. I towed it in to Guaranteed Auto Service because they had great reviews on the internet and I had just arrived with my son Brian into Newport News with the hopes of getting him admitted to law school at The College of William and Mary. Well, I did not expect to hit whatever I hit on the road, which flew up into the engine causing my radiator to get punctured dumping all of the fluid out and I kept running the car waiting for it to tell me what to do like my Cadillac always does. Long story short, I was not a smart driver but I was a faithful customer of Allstate. Allstate did not want to pay a thing on my collision because Allstate pays their CEO over 6 million a year and policy-holders have put him in the "Millionaires Club," if you get my drift. Policy payouts are the LAST thing on his mind and the finer things in life are the first. Now you know ONE of the reasons that I am voting for Bernie Sanders - "I'm feeling the Bern!" So, with Allstate giving me the ULTIMATE run around, repeatedly denying my claim after I paid them for over six months for full-coverage at over $100 per month - Guaranteed Auto Service got caught in the middle of the mess. When my car was at Suttle, they were in bed with Allstate and parroted EVERYTHING Allstate said and nothing was objective. It was at Suttle where the collision evidence was manipulated by Allstate's manager and Suttle had no problem assisting him to my cadillac's demise. After this, I was really depending on Guaranteed Auto for an ethical account of what they had seen with the radiator puncture during their inspection that I personally paid them to do AND to keep my car safe during this battle with Allstate, which I had to get The Bureau of Insurance involved in. Guess what? Allstate is still refusing to pay the damages and only threw me PART of the money to fix my car. It still won't run and I didn't even get PART of the money until I showed very strong circumstantial evidence that their adjuster had tampered with the collision evidence. Allstate, in Northbrook, Illinois (their corporate offices) gave me NIGHTMARES, literally. My son and I were running out of funds paying for cabs, an expensive hotel and eating out daily so we had to move to an area with a good transit system and flew to Manhattan and Chicago before landing in Myrtle Beach - a really great place without a law school. Thanks Allstate! And thank GOD for Guaranteed Auto Service! They were the champions in this whole ordeal. They not only remained professional throughout my battle with Allstate, but they went way out of their way to protect and keep my car safe. I HIGHLY recommend Paul Barr and his team at Guaranteed Auto Service in Newport News, VA because having your car in "good hands" isn't with Allstate. It is with Guaranteed Auto Service. Tell them Janice Alexander sent you.

I have been looking for a good shop for a while. I work at the shipyard so its very convenient. Great service . They back up their work !

Recently the warranty on my late model vehicle expired and was looking for a new place to service my car. Naturally I wanted to get away from the dealerships high prices and service fees. So then a friend recomended me to Guaranteed Auto. So I took his advice. I was pleased with the service,honesty and cleanliness of the facility and the courtesy of the staff. In addition to the fair prices, they won me over. I look forward to doing business with them in the future.

Staff is friendly and made me feel comfortable. Being an older woman, I have always been leery of having to take my car in for maintenance or repairs. Guaranteed made sure I felt at ease. I could ask questions without feeling silly and they took me into the shop to show me exactly what they were talking about. The shop and the people are clean and neat unlike the stereotype of independant repair shops. I was treated fairly and I will definitely be back. It is hard to find a place where you feel comfortable, can trust that the work is done well, and for a fair price.

After about 2 Weeks of experiencing Car trouble I was in a bind. Initially like most I was very cost conscious and wanted to put off getting it looked at for as long as possible.So about the 3rd week in my car broke down in my driveway. So after calling in to work I called a few different Auto shops and they all pretty much sounded the same. Then I decided to try one more shop called Guaranteed Auto Service. Immediatly I noticed a major difference in thier tone and could tell that they really wanted to help me. So about 30 minutes later they sent thier shiny wrecker to come pick my car up. Turns out they were even able to give me a ride to work. After work they came and gave me a ride back to the shop to pick up my car. Immediatly I noticed how clean thier shop was. After years of bargain hunting for the cheapest shop and worrying about my car interior, this was a pleasent change. The work they performed and the parts replaced were all under warranty. I thought to myself,"This is new". So in conclusion I have to say it only took one trip for me to relize that Guaranteed Auto Service was my one stop shop for a helpful, reliable, and dediacted team of proffesionals.