We'll Buy Cars or Trucks, Running or Not! Serving Nationwide

General Info
Cash For Cars is the official website and hotline to get connected to a local cash car buyer. Whether your car, truck, van or SUV is running or not, you can sell it fast with one simple call to Cash For Cars. We buy all makes, models, years and conditions. For every situation where you need to get cash for your car, we can help. We can provide free towing, and also handle all paperwork at no additional charge. Sell a car fast with just one simple call to Cash For Cars.  If you need free junk car removal, we can provide that. If you just bought a new car and the dealer didn't offer you enough for your trade in...we can get you more. If you have extra or unwanted cars and just don't want to deal with the hassle of selling it on your own, call us today.  We buy all brands of vehicles. Toyota, Honda, Nissan, Ford, Chevrolet, Cadillac, Hyundai, Kia, VW, Audi, BMW, Porsche, Mercedes Benz, Mini, Acura, Infiniti, Lexus, Lincoln, Mercury, Pontiac, Oldsmobile, Plymouth, Dodge, Chrysler, Subaru, Jeep, Mazda, Buick, GMC, Isuzu, Suzuki, Ram, Jaguar, Land Rover, Volvo, Saturn...we buy them ALL! If you have a junk car or truck and need junk car removal, we can help with that as well. If you are looking to donate your car to charity for a tax write off, please let our friendly customer service reps know and they will arrange this for you with no hassle. Our goal is to get you top dollar for your car, truck, van or SUV. Call today!
Business History
CashForCars.com is the original Cash For Cars company, We're backed by over 35 years of experience in the auto industry, and we were established to help ease the time and effort put into selling a like-new, used or damaged vehicle. Our parent company, Copart Inc., was founded as a single salvage yard in California. They’ve since grown to be one of the world’s leading online auction companies.
Hours
Regular Hours
Services/Products
We buy cars for cash. Wrecked, running or not we buy cars in any condition and can get you cash for your car in as little as 24 hours! With competitive offers, award-winning service, and free nationwide towing we have become the fastest, safest, and easiest way to sell your car.
Payment method
cash, check
Location
With nearly 200 locations nationwide, we pick up vehicles in 48 states and Canada. With free towing and pickup we come to you.
Languages
English, Spanish
Other Links 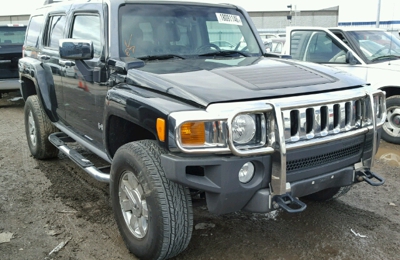 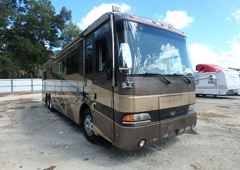 I had a '98 Dodge Caravan that my landlord wanted gone because we were only allowed a certain amount of vehicles. The car had been running fine until we let it sit for a couple of months and then the computer or battery decided to fizzle out on us and it was no longer worth the effort to fix it.

I called Cash for Cars knowing I would be low-balled since that is the type of company they are, but was shocked at just how low they went. From the get-go, the woman I spoke with tried to convince me that my van was a piece of crap and hardly any Dodge Caravans run anymore which is BS. The van had just been sitting and probably could have been started up with a little babying which I didn't have time to give it. I was offered $225 originally and decided since it wasn't running anyway, I may as well just as accept that price, especially with the pressure from my landlord mounting.

That evening, I received a voicemail the day before pick-up saying they needed to reschedule for the morning (8-12) after two confirmations. Tried to call back immediately to tell them I couldn't do that and would need to reschedule. Left two voicemails, no response.

Tried to call again the next morning and was told they had already driven out to my place and didn't receive an answer so I would be charged a "dry run" fee of $137. Almost all the rest of my "profit". After arguing with several incompetent and stubborn employees about how this was THEIR mistake, not ours and we should not be fined for it, we finally asked to speak to the manager. The manager was more decent and told us she knew it was their fault and allowed us our original agreed upon price of $200 but only after a looong discussion.

Case in point- if you have ANY other way to sell your car, do it that way. These guys WILL low-ball you, it's their job. If you have no other choice, expect to be swindled and roll with the punches.

Super friendly people to work with and it was extremely easy to set up and they were quick to set up a time to come and get the car and tow it away. The whole process was extremely from start to finish. I would use this company again the next I need to sell/junk a car.

Unless you have TRUCK they won't take it, especially in NORTH DAKOTA!! they do not take CARS at all

Talk to two reps first one said someone would b in touch… ..day later no calls. So I called back to c y n thesecond rep was rude n told me its a salvage site n they don't go over $500-$600 cash on any car well pls dont waste ur time talkin too these dummys that are mad cause thier work screws them too, also I read some other reviews n one guy saidhe got a$7900 offer on a bmw so was it salvaged for that much or did the jew that posted it is a co- owner but really if u woulda showed up here talkin like that my chic woulda beat u down for the insult somebody needs to shut these crooks down I wonder how many old people or unknowing victims they have already took. But karmas waitin n it will land on ur face oh n it'll b priceless just hope im there when ur junk doors a closed so either fix ur adds or I will post everyday until u give me a strait offer like the add says oh n if people need to b trained cause when someone is talkin u listen dont be a smartass n tell them u not gonna go thru this u will explain it everyday a thousand times as long as u answer the phone for that shady company… .now I b back tomorrow so have better answers pls. Now u owe me 175$ for time spent talkin to u useless people isn't that what yall do to people read that one too… lol

Called to get a quote about my 2002 Trailblazer. All he asked was "what's wrong with it" and "how many miles" then told me that he wasn't gonna waste my time because it's only worth a couple of hundred dollars then hung up on me. Um, bull. It has a relatively new engine and a brand new transmission and a sound system and the car runs just fine. Sorry, but this actually WAS a waste of my time.

Called & upon telling him the information about my vehicle he just said ok & hung up on me. Didn't get a quote or anything!

There are a ton of scammers out there and this is the REAL 1-800-CASH-FOR-CARS! I called a few other places and the negative comments I am reading must be from them because this was the most professional place of them all. Thanks!!!

I dont have a phone but I was just wondering if they will buy my car even if it has illinoise plates and no title? Thanks

Called, seemed as if dude was eating fried chicken while taking a dump. No bueno, telling me 300 bucks for my awesome car. Heck, no!!

cashforcarspdx.com gives the most cash for your junk unwanted car in portland oregon.

I called, they made a great offer and they came and picked up the car. All in less than a day. Great free service!

When I tried to get my name removed from their calling list for offers, I kept getting the run around. I talked to 4 different people who all said they were not affiliated with that company. I am very displeased with this company. They did however do their job in sending my information to buyers. The buyers would call me and they sounded very legit. But as far as my personal opinion of this company, I will NEVER use them again!

the closest one to us was in salt lake and she wouldnt even blink at coming to get a car from vernal. not quote no answers just flat out no way. very poor service

GREAT OFFER! Called them, got a real offer and they picked up the next morning. I read a lot of the reviews and have to say, there are a lot of whiners that post on these things. They made me an offer, I had the choice to accept or deny. I don't think that is a scam or a low baller. It is what it is. I did not have to sell them my car for the price they offered, but I did and I am glad. No more worries about trying to show it to strangers or meeting in parking lots for test drives. Also, no more repairs! This car had a cracked windshield and needed tires. It was fast, easy and I am a VERY satisfied customer!

aka Prime Auto Buyers. LOW-BALLERS, LIARS, UNPROFESSIONAL! I called for a quote to sell my car that is in excellent running condition, low milage, and has a KBB value of $15.5K. Was first told they could not give me a quote because they didnt have a history of buy this type of car (a BMW) doesn't ad say they buy any car?). I then asked how they expect to establish a history if they never buy one. The rep left, then came back with a LOW-BALL offer of $7.9k. SHAME ON YOU C4C, ripping people off!

They set me up with an appointment, then failed to show up. When I called they were rude and told me that because I was in Greeley and they were in Denver it wasn't worth it to pick up one car, and they were booked anyway. I asked why set up an appointment if they were booked and they told me the girl was new and didn't know. They then told me that they would call later that day or the next day (2 days ago) to pick up with car. Still have not heard from them. Called another place, who offered more for the car. Rude and unreliable service.

Called, got an offer, it was for more than I thought it would be, they took care of everything. Great service!