General Info
With Brite Top Roofing, you can rest you have a professional handling for all of your roofing needs. We get the job done right the first time. We are a licensed, insured roofing contractor. We are professionals who will deliver an effective, long-lasting roof and stand behind our work. For a FREE estimate, call us today!
Business History
Welcome to Brite Top Roofing, your Florida roofing experts! We have been serving Central Florida for over 17 years. We have won GAF/ELK awards for Consumer Protection Excellence and Installation Excellence. Whether you need a new roof, reroof, roof repair, shingles or flat roof repair, Brite Top Roofing is your roofing company
Hours
Regular Hours
Services/Products
Roofing & Siding Services, Commercial and Residential,
Brands
Certainteed, GAF, Master Elite
Payment method
amex, discover, visa, cash, debit, mastercard
Amenities
Free Estimates
Accreditation 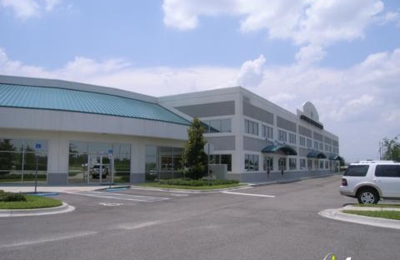 Should have listened to my gut and not signed the contract. Matt came to our house to give us a proposal that was not the lowest but included some upgraded materials that are standard for the company. We tried for a week to call him back to sign the contract to have the house done. (Should have gone with the other guys) This was standard issue for the entire fiasco. It was not done correctly. Matt returned and promised things would be fixed and his guy was going to be there in the morning. The guy showed up with a tube of glue to fix it. We contacted Matt that day and found he responded over 2 weeks later with a text that he would be in contact. In another 2 weeks of us trying to get a hold of him or the company or the owner through their answering service we received a text that he was just back from vacation and would be in touch. He was not. Nobody was. We called needed outside help to get anyone to call us back and it took a total of 2 1/2 months to finally get someone out to get the roof mistakes and they fixed them the next day. It is unfortunate that they do not stay in contact with their customers. I am certain that despite the warranty, I will never be able to get them out for warranty work because I couldn't get them out to finish the job to be paid.