General Info
Eric Amundson - Vice President
Email
Email Business
BBB Rating
A+
BBB Rating and Accreditation information may be delayed up to a week.
BBB Accredited businesses follow the BBB Code of Business Practices and pay a fee for accreditation review and monitoring. Accreditation is not a BBB endorsement or evaluation of the business’ product quality or competency in performing services. 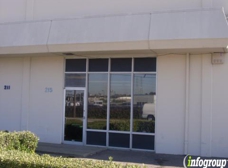 Hi there!
Rate this business!
First-classBetter than mostAbout what I expectedNot the worst...Disappointing
Click to Rate
T M.
Overall
Selection
Service

From first contact, their service man was extremely rude in trying to ignore me, quickly became angry for no reason, raising his voice, throwing around his arms, insisting there was nobody to contact about it. "You ask too many questions. Who are you!!?" Despite the attempt to bait me, only in pushing the issue did he finally pull out a business card (that he refused to give me), admitting there was a phone number.

Contacting the President of the company, he refuses to cooperate in a flurry of email drama over a simple issue of overcharges of less than $5, including blaming me for an ESL miscommunication. He spoke and understood English just fine until after this happened when suddenly he became mute.

Then he demands that pointing out this language excuse is racist and that we must only communicate face to face.