General Info
Brothers Plumbing & Air Conditioning began with a simple idea – to help our community by providing outstanding quality and tireless customer service. Over half a century later, our values remain the same. While we have kept up with the latest technology and industry standards, we continue to uphold our commitment to top-notch customer service. In 1945, Robert Tiner - who at 17 became the youngest Master Plumber in the state of Texas - went into business with two brothers named Baker and opened a Roto Rooter franchise. The plan was simple: Roto Rooter would try to unstop the lines, and Baker Brothers Plumbing would repair or replace the plumbing if they couldn’t. Under Robert Tiner’s management, Baker Brothers Plumbing thrived. Before long they had a fleet of trucks. Howard Baker eventually sold his Dallas Roto Rooter franchise to his nephew Paul Harris. In the mid-1980s, Paul sold the franchise again. At this point, the relationship between Baker Brothers and Roto Rooter dissolved. With the recession and the addition of big box retailers, business was slim. In the late 1960s, Robert Tiner’s daughter Kay married Jim Dale, who came to work for Baker Brothers. Jim quickly became an excellent plumber. In 1986, Robert Tiner passed the Baker Brothers torch to Kay and Jim.
Hours
Regular Hours
Services/Products
Payment method
master card, visa, discover
Associations
Better Business Bureau,Better Business Bureau
Other Link 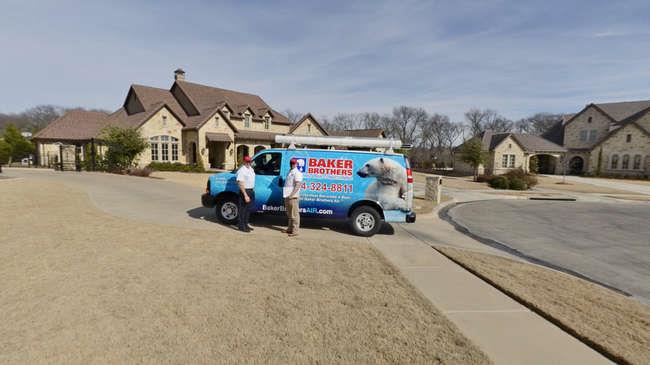