Please read our testimonials...our clients say it best! Nationwide mobile inspections, appraisal, and arbitration services. Let one of the nation's largest Auto Appraisal Companies put over 25 years of experience to work for you! 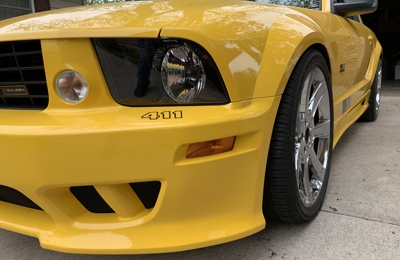 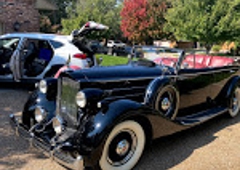 Great service, great information! I needed appraisals for a divorce and they prepared me with all the appraisals and documents in a professional report to present for court, I hate to think what would have happened if I hadnt used them! Thanks so much Auto Appraise and Jason!!!

As a mechanically challenged person who loves classic cars, it has been a real crap shoot buying the right car. Luckily I found Auto Appraise. The details of their pictures and their written report were incredible. I wouldn't buy a car without their help. Everyone I spoke with was very helpful and didn't mind answering all my stupid questions. Thanks.

What can I say about this co. ?

They are asome, I called them and talked to this great Guy named Jason Phillips, I think he was the owner, but he was so helpful and the price was great too, in my opinion I wouldn't use any one else, you can really put your trust in there hands. And the staf was

great too . Thanks Auto Appraise?

I called Auto Appraise for an "odd" appraisal. The information I needed was not something that was typical for them to help with, although they did lead me in the right direction. Very friendly and helpful.

I called this company because I was going to buy a 70 Dodge Challenger RT convertible in Ca. It was advertised as a numbers matching car. It was not, the engine and transmission matched but they did not match the car. I was able to get renegotiate the price for the car. They were not the cheapest but I believe they did me a great service. They sent me 280 pictures and did a road test. I am very satisfied.

Absolutely outstanding support from start to finish! I bought a classic 68 Chevelle in Michigan from my home in California. Jennifer spent plenty of time explaining their services and costs. Once I decided on a pre-purchase inspection, they set up an appointment the same day! Within 24 hours, I had over 300 detailed photos and 2 U-Tube videos. Two days after that I had a detailed inspection report that helped me decide to purchase the car. Jason, the owner, also called me to answer any questions. I highly recommend that anyone considering buying a car using the internet call Auto Appraise, Inc to make sure your purchase goes smoothly!

Called on Sunday, and was able to speak with Jason. He was very helpful and informative to my specific situation. He even helped me decipher the numbers and how to read them so that they benefit my family's situation.

WILL DEFINATELY BE KEEPING HIS INFORMATION FOR FUTURE USE!!!!!

Very nice and informative. Really seemed to care about my situation.

Jason and his crew do an outstanding job. They have completed three appraisals for me in the last seven years and I have no complaints. They are professional, knowledgeable and a pleasure to deal with. The reports they compiled were extremely detailed and very accurate. These types of reports are valuable to both buyers and sellers of vehicles. I highly recommend Auto Appraise.

This is one great place to call if your under the gun trying to buy an antique auto. Jason helped us to decide what is garbage and what is good when looking to buy . He fit me into his busy schedule when he learned I was flying in from New York to look at a classic. He went thru this vehicle and saved me from making a bad mistake. Thanks again Jason and Auto Appraise.

These guys are AWESOME!!! They'll lead you in the direction you need and take excellent care of you every step of the way!!! Call them NOW!!!

Jason Phillips did a tremendous job on my vintage car auto appraisal from beginning to end. Firstl, he went far above the call of duty to rush to where the car was, well after normal business hours, to help me get ahead of a local potential competing buyer on the same day that I made contact with him. The inspection was extremely thorough and documented with a vast number of detailed pictures. The pictures and inspection findings were key to my understanding the pros and cons of the car and my being able to manage the seller's expectations on a realistic price for the car based on objective facts. I would recommend this firm's services to anyone and will certainly reach out to them when I am next considering the long-distance purchase of a vintage car.

I've had Jason evaluate several cars for me. His guys are very thorough and spot-on. It's like I'm there myself!

Excellent Customer Service! I wish all businesses valued their customers the way Auto Appraise does!! Jason, Jennifer and the rest of the staff were extremely helpful, knowledgeable and curteous. I couldn't have asked for a better experience.

I would recommend Auto Appriase to anyone considering the purchase of a classic or muscle car. The appraiser the I worked with - Jason - did a fantastic job of evalutaing a 63 Ford (2,000 miles away from me) and showing me the car through expert eyes. The fee was much less then my time and travel cost and revealed issues about the car that I would have missed. I would not hesitate to utilize Auto Appraise in the future!

Auto Appraise provided us with an excellent service and reliable information that allowed us to make our decision . My husband and I purchased a 1970 Chevy Chevelle, Auto Appraise produced a report and inspection in record time. In addition, they provided us with youtube videos to view the vehicle, this video was very helpful since the vehicle was located in another state from where we reside. In overall we are satisfied with the service and the staff assistance during this process.

So pleased with the service, I am a repeat customer.

I called them up after seeing videos that they had done on YouTube for a 1976 Cadillac Eldorado convertible, just the car I was looking for. Found one in California (I'm in Canada) and they dispatched an inspector who came to look at the car, jack it up and take nearly 300 photos. They were able to depict more accurately the physical condition of the car so that I could see all the wear, dents, scratches not to mention the poor re-spray the car had. I also paid for an appraisal from autoappraise which informed me that in its current condition with its issues, the car was worth $4k less than the sellers asking price that I was ready to pay for -- thanks for saving me from a purchase that would have surely cost me thousands more $ in the near future!

I called them again when I found another 76 Eldorado in Missouri, got the photos, report and appraisal and now I own it! Just waiting for the shipping company to bring it here.

Thanks again to Auto Appraise!