Find Out What We Can Do For You

General Info
We Are a Full-Service Professional Investigative Agency Experienced in Dealing with All Types of Investigations. Our Clients Include Individuals, Businesses, Insurance Companies, and Attorneys. All Matters Are Handled with the Utmost Discretion and Confidentiality. Please Call Anytime for a Free Consultation with a Professional Investigator.* We Can't Help If You Don't Ask* Please Visit Our Website For More Information. www.associated-research.com
Business History
All field work investigation in any given state will be conducted by one of our state certified licensed agents and or licensed partner investigators in said state
Hours
Regular Hours
Services/Products
*Questions And Concerns That Require Answers Now? Consult With An Experienced Professoinal Investigator* It is Free, Disceet and Confidential. 25 years experience serving the public, businesses, and attorneys. Private Investigators, Detective Services, Private Detectives
Payment method
debit, check, paypal, all major credit cards
Other Link 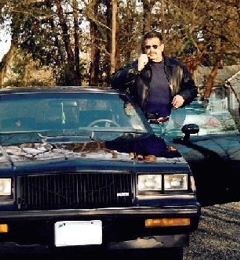 Recently, we need to locate an individual and we had very little information. We turned the matter over to Associated Research and were delighted by their excellent service,
Their investigation and report enabled us to contact the person.We're happy to report that their service was exemplary in every way and they furnished their report in a timely manner.
We highly recommend Associated Research & Investigations and will definitely turn to Associated Research in the future if circumstances warrant.
And we give 5 stars.
John

Highly professional and ethical. They fully outlined how they would conduct the investigation and fully set expectations and associated price. Work was delay because of an illness that they freely admitted and kept me informed. Once they resumed worked, the information I sought was found in 24 hours. The final invoice was exactly as expected.

Associated helped me locate someone I needed to contact to sign a legal document . Gil kept me updated throughout the process and followed through in the timeline promised. He kept me informed along the way and set clear expectations. I was especially impressed by the integrity shown at every step along the way. I would highly recommend Associated's services.

I hired Associated Investigations and they were incredibly thorough and very professional and very discreet. They exceeded my expectations all the way around. I give they a 5 star rating. I would use them again for any PI work I need.

Very professional and were very good in keeping me updated on the surveillance they were preforming. Fee's were reasonable and they took my case on with only three days notice. Would use again.

Detective Gil responded promptly and in some cases, anticipated some additional issues we would require. He was able to adequately address our inquiries. I would recommend their services unreservedly.

I live in Ca. & needed a PI in Ok to track down lawyers & paperwork. Gil & his team were very professional from the contract, field work & communication with a detailed report. : )

Hired Gil to find court records that I had spent months trying to locate on my own. I live out of state and was an impossible task. He was able to locate the necessary documents within a few weeks. Was definitely a pleasure to deal with. Very professional with excellent communication. Would definitely contact him if I ever needed private investigation services again! Thank you!

I would highly recommend Associated Investigation for your needs. I had a project that was somewhat out of the box and they handled it in a very professional and thorough manner. Do not hesitate to contact them for whatever you need.

Detective Gil was extremely professional when discussing the requirements associated with taking the case. Within a few short days he was able to find a friend's lost artifact from a diseased spouse that had to be sold to make ends meet. His support has made a young person's wish come true!

They were able to find an old dear friend that I had tried to reach for 10years. They did it in 3 days. Great reunion, great memories. Thanks.

I utilized associated investigation LTD, it in an attempt to find a patient deliver information. This was a highly professional organization and I would recommend it to anybody requiring assistance in this area of Alabama.
M.D. IN Alabama.

Absolutely the BEST!!!! AWESOME!!!! Efficient and always gets results!!! Thank YOU to the BEST TEAM EVER!!!!

I had been searching for a lost friend for over three years. After suffering a personal tragedy, he simply dropped out of society. He left his job, turned off his phone for good and, essentially, disappeared. Family, relatives and people who had known him for most of his life were unable to locate him. Through persistence and diligent effort, Associated Investigation Ltd. located him working in a small grocery store three states away from where he was last seen. The organization's work was top-notch and efficient. They got the job done! I recommend them highly.

Exceptional service, respect and consideration for what I needed done. Everything was handled privately, honestly and I am forever grateful. I HIGHLY recommend Gil.

I requested an investigation which was difficult in terms of logistics and a need to complete quickly. AI could not have performed better! They were quick, but fully accurate. Their final report was detailed and provided me with all of the information I needed. Their fees were very reasonable. I would use them again in a minute!

I worked with Associated Investigation over a two month period to find my brother. They were straight-forward and did what they said they would do. And, they found my brother. In addition, they communicated the family's message to him (he did not want to be found) letting us feel that we successfully achieved our objective. Would use them again.

I heard good things about this business

I hired Gil and his team to track down a hard to find relative of my ex who I thought had my dog against my wishes. When I confirmed the relative did have my dog, or at least did at some point, my ex told me it had run away from the relative, but wouldn't give me this relative's address. Having been lied to about the relative not having the dog in the first place, I didn't believe her.

Long story short, it turned out my dog had in fact run away (I found him eventually), so I called Gil to cancel. Gil already had found an address and was just waiting on one final confirmation, but he allowed me to cancel the search and refunded me a good portion of my money.

Gil is a good guy, and he understood. I'm just sorry I sent him on what turned out to be a wild goose chase, and I'm glad that he was nice enough to let me cancel for a partial refund.

Gil and his associates were terrific. They kept good communication through the process of helping me. They did exactly as they said they would and charged less than they quoted in the beginning. Trust worthy.