General Info
My name is Athena, and I can help you get in touch with your inner Self. Join me for this special experience and let a reading tell your future. Over the years, I have been able to sharpen and tune into my psychic power. I feel very lucky and fortunate to be able to help people find their way through life. Life is hard sometimes, and I have dedicated myself to being there and offering guidance and assistance. I am able to tap into my clients situation and speak to their spirit guides directly, therefore my psychic abilities have no limitations, meaning, there is no problem I cannot help you overcome, and there is no realm that I cannot enter. Over the past 35 years, I have specialized in helping lovers reunite, and helping others find love using my proven love spells. From customized spells and spiritual cleansings to tarot card readings, you will finally feel like the person you’re supposed to be. When you come to me, you are guaranteed to receive a personalized experience, no matter what your situation is. You can reach out to me over the phone or, better yet, come down and talk to me in person. I'm available 24/7 and I so look forward to talking with you and helping you improve your life. Serving Clients in: Alabama Alaska Arizona Arkansas California Colorado Connecticut Delaware Florida Georgia Hawaii Idaho Illinois Indiana Iowa Kansas Kentucky Louisiana Maine Maryland Massachusetts Michigan Minnesota Mississippi Missouri Montana Nebraska Nevada New Hampshire New Jersey New Mexico New York North Carolina North Dakota Ohio Oklahoma Oregon Pennsylvania Rhode Island South Carolina South Dakota Tennessee Texas Utah Vermont Virginia Washington Washington DC West Virginia Wisconsin Wyoming
Hours
Regular Hours
Services/Products
Payment method
amex, discover, visa, mastercard
Location
Serving Clients Natiowide
Other Link 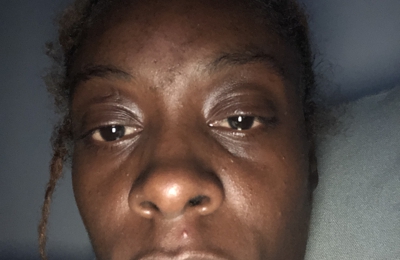 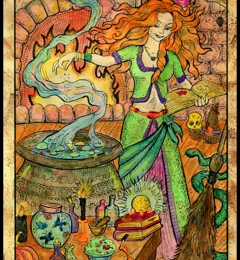 Hello to every one reading this testimony. I engaged to my fiancé for 2 years, one day he told me was moving out and he literally ended the relationship of 6 good years i was left absolutely heartbroken and hopeless because he left me for someone else.
So as usual I told my best friend about it and she started telling me about a psychic who’s name is Michael, because the way he left me was so mysterious and I didn’t believe in things like that but I decided to give it a try.
So I started chatting with him and explain to him all that happened he did some readings and told me the lady my fiancé left me for actually cast a spell on him.
He told me he was going to help me and after 3 days of using what he sent to me and some chants that I would see changes and eventually I have my man back. I believed him and that was the best decision I ever made.
This man has the power to cast spells, bring back your lovers, After seeing the wonders he performed, I told him I was too broke to take care of the kids and my husband, He gave me a soap for money and mercies, Just seven days after getting the soap, I got promoted at work and people started helping me with money I never asked for, I never expected such blessing in a short period I’ll forever be grateful to you Great Michael.#Good Service

my mind was blown by the fast result i got from Dr Maway .( https://www.drmawaylovespell.com )
i was skeptical and wonder if i would get to see my boyfriend back after he left me and started posting a particular lady on his profile. As though the universe could hear my cries. everything
Dr maway did for me start to manifest. My boyfriend is back, and my brother is no longer troubled by the gang chasing after him.
this things came easy to me because Dr maway did a great job from his temple.

I loved a boy since college. Psychic Athena helped me to get my love though her Love Spell. Thank you, Psychic Athena. I am married with my crush please pray for me. Thanks for your love spells.💝 #Good Service

I am giving a review for the amazing Miss Athena, I have used her love spells and she had done no one could. She Rescued MY LIFE! Thank you for all you do for me.❤️#Good Service

I am grateful to Athena for all help she has done for me. I was seeing for her quite some time each of the visit she fixed my issues with her psychic work.🥰#Good Service

It was a great honor to met a person like Athena/ She is the best of psychic’s in town. I have used career spell from her it turned my life a in a positive way. Now I am very happy with my new job. 5 stars.#Good Service

Athena is a genuine healer and protector. She described me the character of my lover#Good Service

Athena is a grand of all psychic; she helped me to reunited again with my lover after 5 years through her love spell. Her love spell reunited us in not time.#Good Service

Psychic Athena is genuinely a famous love expert. I had disagreements with my partner, we have been separated for more than a year now, and both of us have never regretted it. I found Psychic Athena, shared all information #Good Service

My sister tried to commit suicide. She does not want to live anymore. Something was going wrong in her relationship. I had previously heard of psychic Athena and used her services. I took my sister to this esteemed psychic. After using love spells, all her issues was solved, thanks to Athena.#Good Service

This was my first ever-spiritual reading and spell from Psychic staying in Chicago. I initially wanted the basic psychic reading but I kind of sensed that Athena knew that I needed something more in depth, so I am glad that she discussed the other options with me to use love spell for getting my lover back. I received a tarot card reading too, and I was very impressed. I didn't have to tell her what was on my mind#Good Service

I found Psychic Athena completely by luck. It happened exactly on the right time. I have received my first love reading, and it was very accurate, I have used the love spell for my husband the results were outstanding. Athena is a true angel.😍❤️#Good Service

I was so impressed with the love reading! It was very informative and inspiring! I’ve read a lot about different ways psychics use to predict the future for someone. I enjoyed my first reading ever. I do have plans to visit again at some point.❤️#Good Service

Ms. Athena is not only a great astrologer, but also a great spell caster. I find her to be very insightful when it comes to spells. Amazingly, she changed my relationship issues through her love spells and she is accurate with her love reading. I think everyone should have a reading by her.#Good Service

Wow! I had my first session with Athena and it was amazing. Her words always bring comfort and explanations are very detailed. When the session starts all she will ask is "what do you need help with" and off she goes delivering an abundance of information and guidance. In the future I will definitely come back to her in a few months to check in she's the real deal definitely suggest her.
#Good Service

Athena suggested me a very good advice that is helpful for me to find my future husband. I highly recommend everyone to visit here .After all, thank you for kind help and best service. It was my pleasure to meet her today. But a bit sad bcuz i can't give him more than 5 stars.#Good Service

Ms Athena was very professional I was skeptical at first but she told me things only I would have known and her protection spell is as good as described. I will definitely be using her in the future#Good Service