Pest Control For Every Home.Call Your Local Orkin Man Today!

When you hire The Orkin Man, you can be confident that you are receiving the service you expect, from the pest control experts you can trust.

Not all pest problems are the same, and not all homes need the same types of treatment. The Orkin Man is trained to identify and treat the root of your particular pest problem. Upon thorough inspection, he will create a customized treatment plan that effectively targets pest problems exactly where they appear in your home both inside and out, all year long. Have children or pets? Trust the Orkin pest control experts to use the most responsible means of treatment application for your family.

The Orkin Guarantee: Our Promise To You

We're not satisfied until you’re satisfied. Orkin means peace of mind when it comes to pest control. If pests return between regularly scheduled visits, we'll retreat at no charge. And if we're unable to solve your pest problem satisfactorily, we will refund your last service payment, too. 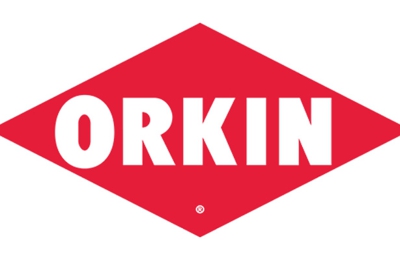 This is without a doubt the worst customer service I have experienced in my entire life.
Everything was going good from October until May. Then in July, they didn’t show up. I put a message into the system and heard nothing back. They were then supposed to come in August for the missed appointment. Once again did not come. I started getting a little concerned. So I put another ticket in and got a new appointment for October 8th. Once again did not show up. All the while, we’ve been charged. Total charges of $260 now for no service.
So I called corporate customer service and they were very nice. The person on the phone yesterday heard our situation and concurred with us that something was not right based off the “service notes”. He said he would escalate the situation and we would get a call back.
Sure enough, we got a call back from the local office. We explained our situation to the office and they said we were wrong because the GPS tracking shows their tech was there. I tried to explain that I work from home and have a ring doorbell I check whenever someone comes on the porch because of the area we live in. He proceeded to say I was lying. He insisted someone came in our house and sprayed even though I was home all day and never let anyone in. I told him how rude he was being and he hung up the phone.
I called corporate and they again agreed that something was not right and admitted that GPS tracking does not prove that work was done. Corporate is still working on it and has been very helpful and pleasant but I wanted everyone to know to stay away from this office.

Never once in a year have they done any inspections or review to see if the termite stations were working.