Because Sometimes A Flush Is Better Than A Full House

General Info
J & S Plumbing Inc provides Residential and Commercial Plumbing Services 24/7 throughout the Chicagoland area. All our work is backed by a 1-year warranty, with additional warranties available. At J&S, we are always ready to respond quickly. From sump pumps, hot water heaters, bathtubs, toilets, sinks, and faucets; to clogged drains, sewer backups, gas pipes, water lines, and yes even those nagging leaks & drips. Get in touch with us today for a free estimate!
BBB Rating
A+
BBB Rating and Accreditation information may be delayed up to a week.
BBB Accredited businesses follow the BBB Code of Business Practices and pay a fee for accreditation review and monitoring. Accreditation is not a BBB endorsement or evaluation of the business’ product quality or competency in performing services. 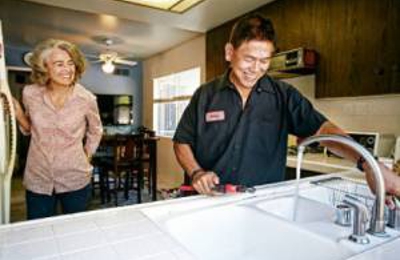 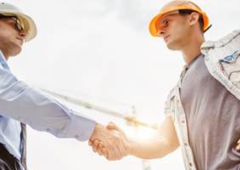 They came on time, prices were great, the plumber they sent was so personable and very helpful in explaining everything. They also called me back within minutes of requesting a quote. Not to mention that they squeezed me in to their already tight schedule. I think the J&S truck pulled in my driveway 15 minutes after I hung up. You will not find a better company.

I had J&S do two jobs for me. One was to fix a leaking toilet. Two workers came on time on a Friday and performed the work for $325 for about 2 hours. They did it quickly and I thought it was very professional.

On that day, they quoted me a second job to fix my leaking shower. They said at the most it would cost $800, if the job became complicated but seemed to represent that it would be much less than that.

The next day, the contractor was late by 30 min (while the water in my building was off). After completing the work, I was told the charge would be $850. I complained and the owner said the first worker quoted between $800 and $850 and if the work was complicated, it would be more. This was not true. The owner (John) defended his workers' stance and said that was a fair price (for 3 hours of work). I relayed to him that I felt the quote was poorly communicated and that $850 was much too high for 3 hours of work. In addition, the water in my condo building was off for much longer than promised (at an inconvenience to all of my neighbors). He acted as if I did not have a valid complaint and pressed to end the call. In the end, he gave me a $100 off the $850 (really only $50 off my actual quoted price).

I feel that I was mistreated by J&S Plumbing and I would not recommend using them if you value your paycheck.