We've been providing the right solutions since 1926, one customer at a time.  Our teams of professionals understand cars and they understand the people who drive them. We use advanced technology and offer quality products from brands you trust - all of which add up to a total car care experience. 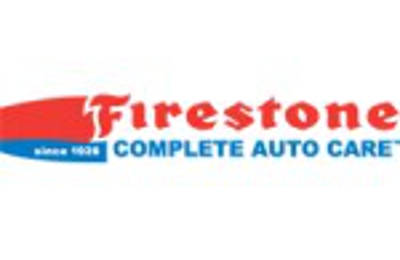 I took my jeep to Firestone Chaperal in Alamosa next to Trinidad college; I was told I needed an appointment and it would be at least 10 days until they could help me. The woman was rude to me and acted like i was at best an inconvenience. I waited a week and had to rent a car because it was taking so long. Finally they told me they couldn't help me because this was outside their expertise.

Not only are they rude but incompetent. NEVER go here! There is a shop across the street that is friendly and better. Order tires onlike and get them elsewhere. While I was there I saw another upset customer as well, an older gentleman who had been waiting for hours even after his second appointment.He was very upset.

Thieves with smile !!, my vehicle had a misfire and they said need all ignition coils and plugs replaced. But they just replaced the front 3 and said all taken care and charged me 1200. !!worthless Bastards born to whores !! Never Ever will I want to go back to those THUGS. Surprised government does nothing about bad business. keep this in mind, they conveniently open stores at so many locations , you might think they are great. Check reviews, don't fall prey for just because you wanted something close just like me.

I had a six month warrentee for tire alignment and I felt my car pulling to the right a little. I went in to have them check it and after waiting an hour they told me they were finished. They didn't give details just that I was good to go, so I asked what was up. They said it was off a little/ and gave little communication other than that. I asked specifically before I left if the alignment was worked on and they said yes. I called today and the guy on the phone said that there was a check up but no work was done on the alignment. Also, I just got a new tire and they put one with completely different tread than the other 3 on it.

I went to Firestone in Round Lake, IL to have my brakes checked because they were grinding...Manager told me i needed new pads and rotors all around...then proceeded to tell me that it's possible i may need new calipers but he won't know until he removes the rotors and if it turns out i need new calipers he won't be able to reassemble so basically i'd be at their mercy....so i said just quote me on the brakes and also i need a new coil spring for front right suspension....his total came to about $2300...i told him to drop the car and i checked elsewhere....Turned out my rotors were fine, just needed pads...with the coil spring my total was $698 (less than a third) the whole time i was at Firestone i couldn't help but feel the manager was trying to screw me around every corner....pure thief!

Horrible place. I left with more problems than I came in with. I don't know what they possibly did but i am never setting a foot near this place again.

I went to them to replace my water pump with a brand new one. They either did not replace my old water pump or they installed an old one.. They refunded the price of the part, however they did not refund the labor. DO NOT GO TO THESE GUYS. THEY ARE SCAMMERS.

A bunch of sharks strutting around in mechanic's clothing. Being a mechanic or working in an auto store used to mean "some" damn integrity and basic knowledge of the crap being sold. Hapless thieves hawking foreign made garbage. I regret setting foot in this establishment.

The Firestone on SW 104 & May in OKC is crap! I took in for my "lifetime alignment" & rotate/balance. They call me to come get it because it was finished at 7pm as promised and aligment not done and they won't do by closing. I take the next morning. They call and say they cannot align because ball joint bad and needs replaced. I take to Pep boys. Ball joint is fine, but my Boot was ripped and firestone failed to tell me. I don't think they looked at it the 2nd day either and just wanted a reason to make some money before pulling it in for an alignment. Emailed corporate and asked for refund of lifetime alignment since they refused to align and they are not trustworthy. Nothing yet. I will not have my other 3 vehicles serviced here.

Was told I needed a complete set of brakes and rotors at a hefty price tag of over $700. Took the vehicle for a second opinion and found out the good news. My brake pads were not even half worn at the rotors were not worn at all. I still have plenty of life left in my brakes and the second opinion saved me hundreds of dollars. Firestone knowingly and wrongfully recommended a costly and unnecessary repair. They were also extremely pushy when it came to signing up for their store credit card. Very disappointed in Firestone and will never return.

pickup stalled 1 block away from firestone tried their service billed $303. for failed ignition coil diagnosis and repair 167 charge for a $40 coil use firestone service only in emergency

Went to the Firestone here in Wichita Falls for an oil change. They said I had no oil registering on the dipstick and I probably had a leak. After they finished changing the oil later that day I checked the oil and it was registering very low on the dipstick so I became extremely worried of a leak, and dumped another quart into it, checked the dipstick again and oil was registering at full. Here is it 3 months later and dipstick still shows my engine is full of oil. Dunno if they thought I was stupid and they could trick me into letting them touch my engine, or if the mechanic himself was stupid and just didn't know how much oil to put in my engine, but they are never touching my car again.

NEVER AGAIN. years ago I had tires put on from the Firestone on Hollywood Blv, Hollywood, Fl. I was getting on I-95 when I heard a large clunking sound. Went straight back to discover they forgot to tighten the screws and two had come completely off. Went back a month ago for new back tires-my husband has been complaining since about a small clunk sound when we go over bumps. Took the car to dealership-low and behold the screws were lose from when Firestone replaced the tires-never again!!!

Salem Oregon. Have purchased tires at Firestone for a number of years. Will no longer do so. The last 4 sets of tires we have purchased, all rated at 70K miles only lasted about 20-25K. Had bad customer service from the manager at one store where I heard him using derogatory remarks about me when he did not know I was within hearing range. And at another store the young girl at counter was very disrespectful and arumentative about why their tires wore down. She did nothing so far as offering a solution. They try and blame the fast wearing down of their tires on missing rotations or alignments. No rotations were missed and none of the cars had issues with alignments. In fact last alignment was performed by firestone. Finished purchasing tires here.

I've been going to Firestone in edgewater park for 10 years with 4 cars in our family. The service is good on basic things but major work I would bring to the dealer. I've never had a problem there , however they have had problems fixing major things . Over all I would recommend this service place to get honest good service.

Myself and a young woman came in to get a tire patched of course they can't be patched (mine was a new slow leak) luckily I was close to needing a new set in the next few months anyways. So I was left buying two new tires. She was told another needed to be changed too. Poor ethics and not the most pleasant customer service. Will not be back

The mechanics had kept taking this woman car in and out of the Firestone garage. The woman became frustrated and call her dad and complain. I began to tell the Firestone mechanics that you just messed with daddy's little girl and now you are going to be in trouble. When her father arrive he scolded the manager and the manager said the service would be free. Then the manger began to yell at me because I said this what happen when you deliver poor serve.

This place is very very unprofessional. I went there do get a tire. The first problem was, i waited for 2 hrs to receive a tire change. The 2nd problem was that i asked the manager how much longer was it going to take to get my tire changed, he proceeded to tell me that i have 18 inch rims with 17 inch tires on there.. How is that even possible. He said whoever did this to my car could have decapitated themselves by doing this. So at the end of it they did not complete anything for me. I went to Baileys Tire Shop in the West End and they put the tire on with no problem and informed me that my rims are 17inches. How pathetic is this company over a simple tire change. Firestone Union City Location. I wouldnt even give them one star if i didnt have too.